"The first time I went to Plasy, I got lost. After we re-navigated our way out of pitch-dark woods, we then couldn’t get in. We knocked on the back door. We wandered around. I think we saw people in the kitchen and gestured, maybe banged on the windows. I was expected and welcomed inside that back door for a projected light installation by the German artist Claudia Wismann, Night Falls Light Falls. That was probably fall of 1995. Since I arrived, unexpectedly, with a friend, there was some improvisation around sleeping arrangements, and after the projection we stayed at the dorms off-site.

Miloš Vojtěchovský invited me there. We worked together at the National Gallery in Prague at the time. I had translated his essay for the Meridian Crossings catalogue into English before then, but had never been to Plasy.

A year or so later, he asked me to work with him, Martina Tomášková, Karel Sidorjak, Ivo Kornatovský and Jiří Kornatovský. We agreed the Center for Metamedia, in addition to its symposia, could be used year-round for artist residencies. We did that, and held workshops, symposia, festivals, exhibitions, published catalogues and recordings and maintained a website. The dates are hazy, but I believe I worked with the project from 1997 until it ended in 1999.

Getting lost, re-navigating, figuring out how to get in, relying on others, improvising. That is, in part, what the Hermit project offered artists, as well as visitors. It – the space, the context – was humbling, by design. Not to be cruel, but because of what might result."

M.J. “Jo” Williams worked with the Hermit Foundation/Center for Metamedia-Plasy from 1997-99. She currently lives in New York City, where she practices intellectual property and freedom of information law and is a racial justice organizer and activist. 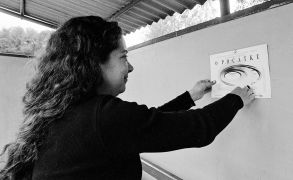 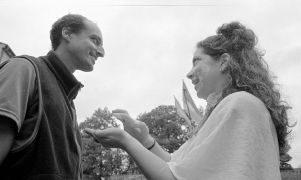