Michael Delia took part in various music performance improvisations together with Paul Panhyusen, Phill Niblock, Jo Truman and Jaroslav Kořán in the St. Bernard Chapel and Ambient. He was invited by Paul Panhyusen to join his long string installation performance where he played  frame drum. Following the long string performance, he and Jo Truman circled the ambient corridors drumming and singing, meeting back in the chapel with the long strings having been removed. There they continued with drum and voice with Jo switching to didgeridoo.
After given some strings from Paul he constructed a bottle zither using material found in the convent, later playing the zither and mbira in an improvisation together with Jaroslav Kořán in the St. Bernards Chapel. 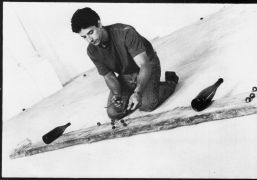 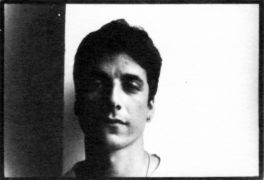