"My artform is a discovering of signs – created by walking in the landscape, along brooks, being on the top of hills and penetrating the heart of the cave fire. It is searching for the inner languages of the divergent structure of the Universe."

"The video Javořím potokem 14. 7. 1993 / 18.15 – 18.45 was performed during the Transparent Messenger symposium as an audiovisual installation. The TV monitor and video player were placed on the mensa in the St. Benedict chapel. I was standing at the set, changing the volume of the sound, wating for the resonances of the space. Duration 30 min. Audience sitting in the banks."

Miloš Šejn (born 1947, Jablonec nad Nisou) graduated from the Faculty of Humanities of Charles University in Prague in 1975 (Art – Doc. Zdeněk Sýkora, Art history and Aesthetics – prof. Petr Wittlich, Doc. Miloš Jůzl). In 1976, he received his Doctorate of Philosophy, and in 1991 he was appointed as professor of painting. Between 1990 and 2011, he worked as a teacher in the intermediate studio at the Academy of Fine Arts in Prague, and as a guest teacher at the academies of Aix-en-Provence, Carrara, The Hague, Ljubljana, Reykjavik, Stuttgart and Vienna.

Šejn works in the field of visual arts and performance, addressing issues of visual perception. He organizes workshops, such as Bohemiae Rosa. His artistic conceptions were shaped during his youth, when he undertook a number of journeys through the wilderness as a form of reflection on an inner need to get closer to the secrets of nature and to watch the miracles which take place firsthand. Since the early sixties of the twentieth century, he has been journeying and photographing, drawing, collecting and describing his observations of nature. He currently focuses on the immediate creative possibilities of addresing the relationship of humanized landscapes and intact nature. Consciously, the artist has woven his work between expressive language and text, visual tracks, body movement, voice and expansion into space. One of his recent large realisations is The Mountain of Dreams, made in cooperation with the project Sluňákov House of Nature in Litovelské Pomoraví.

Miloš Šejn participated in the first Hermit Symposium in Plasy in 1992. He came there for the second time in 1994 for the symposium Hermit III: Transparent Messenger, and in the same year he worked at the international meeting Fungus: Inquiry of Place (1145–1995).

In 1997, the international workshop for artists and dancers Bohemiæ Rosa was held at the Plasy monastery during which, along with the Dutch dancer Frank van de Ven, the video of their dance project for Plasy (Dancing Plasy Times 8, Rolf Meesters, Miloš Šejn, 1997) was also recorded. 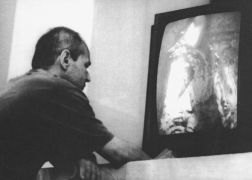 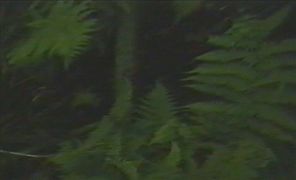 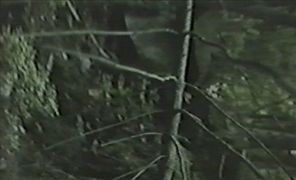