The performer, fine artist, organizer, musician, director and editor Henri van Zanten prepared this lecture about the life and work of F. X. Messerschmidt. This half-forgotten artist was an enfant terrible of Austrian art of the 18th century. He became known because of his aversion towards the social theater of the high nobility and, mainly, by his series of 66 Karakterköpfen or autoportraits. These (auto)portraits explore the edge of possibilities for the projection of psychic tempers into expressions of human face. The lecture was an experiment; a combination of objective documentary and theatrical comment.

Van Zanten spent a large part of his youth in Canada and South Africa. Because of that he could easily adapt to new environments and languages. He studied Slavic linguistics under professor Karel van het Reve. Van Zanten was introduced to the Stanislavski method by Piet Eelvelt. His mentor was the Belgian theatre reformer Jan Decorte. Since 1982, Van Zanten has been active as an artist, actor and director. There are many art disciplines he engages himself with: theatre, performance art, street theatre, independent television production, sketch comedy, stand up comedy, acting, directing... He calls himself an "omni artist." 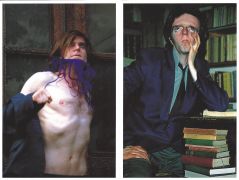 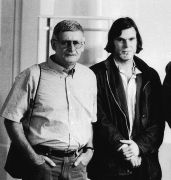