Tomáš Hlavina: The Model of the Sound Scheme of a Dorian and Ionian Column

(part of a series)
convent

Tomáš Hlavina (born 1966 in Děčín) is a Czech sculptor and visual artist. In the years 1989-92, he studied at the Academy of Fine Arts in Prague and entered the community at the beginning of the 90s with work strongly influenced by hermetism and alchemy. He was interested in traditional sculpture, albeit in the conceptual context. Some of his objects may appear as "ready made" – as if Hlavina solely removed them from their everyday existence and displayed them in a gallery. But they are, however, artifacts composed of various thoroughly shaped parts. His minimalistic works, wheels, shovels, tablets and various appliances pride themselves with unique gentility and refinement, and Hlavina’s aesthetics are based on authentic and almost invisible elegance. He is the head of the sculpture departement at the Prague Academy of Fine Arts. 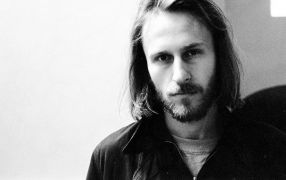