Tomáš Lahoda and Miloš Vojtěchovský: The Hidden Mechanism Behind the Mirrors

Plasy Monastery
The installation was located in the large dark ice cellars under the granary where the only source of light is a weak reflection coming through a small ventilation shaft in the ceiling of the room. Sunrays reflect on the surface of eight small concave mirrors fixed on the floor and on the walls of the cellar according to a special, secret scheme. The beam of light is transferred through the mirroring system towards the small hidden mechanism. The visitor (who needs a long time to adapt his sight to the darkness) searches for this spot partly haptically. After touching this object – which is the key for understanding the installation – the softly twinkling apparatus installed in the other symetrical space of the cellar is switched on for a moment to attract the attention of the visitor, who turns around to search for the source of the sound. But this room remains inaccessible for the visitor and he can see and hear the slightly lighted mechanism only through a small hole in the blocked door.
Postscript: The installation was completed after the symposium had ended. After two days, the work was completely destroyed by an unknown perpetrator.

P.P.S. The installation devoted to Athnasius Kircher´s book Ars Magna Lucis et Umbrae (1646) was in fact never completed. M.V. was overwhelmed by the organisation of the symposium and too exhausted to focus on this piece. It was nevertheless included in the catalogue as the allusion towards Kircher´s ability to move effortlessly on the border between reality and fiction.
Miloš Vojtěchovský 2018, Tomáš Lahoda, 1993
Thomáš Lahoda suggested a concept for a site-specific installation devoted to the virtual visit of Athanasius Kircher to the Plasy Monastery. Kircher archives contain a corpus of his correspondence with several personalities from Prague. For example, Jan Marek Marci of Kronland/ (1595-1667) who supposedly sent Athanasius Kircher a to Rome a mysterious illustrated manuscript written in an unknown script, now known as the Voynich Manuscript. An outstanding physician, Marci had been rejected by the Jesuits on account of his poor eyesight and weak health. In the summer of 1640, he met Kircher on a tour with the Bohemian nobleman Franz Mathias Karl von Sternberg and established a lifelong friendship with him. With 43 letters sent to Kircher, Marci was one of Kircher’s most frequent correspondents. Marci studied medicine in Prague and soon after became the personal physician to Emperor Leopold I. In the struggle for Prague University, he defended the rights of the Medical Faculty and thus surprisingly opposed the Jesuits, which he finally joined on his deathbed. In addition to Juan Caramuel Lobkowitz and Godefried Alois Kinner, he took part in the defense of Prague from Swedish troops in 1648. The installation consisted of an empty little room in the convent. On the walls, the shapes of missing furniture were visible and scrawled on the wall was a little inscription that Kircher slept there while visiting Plasy in 1639.
Tomáš Lahoda (born 1954 in Prague) is a painter, curator and educator, living alternately in Prague and Copenhagen. Between the years 1973-1979, he studied at the School of Restoration of the Academy of Fine Arts in Prague. Between 1993 and 1998, he worked in Denmark as the head of a painting studio at the Jutland Academy in Arhus. In Copenhagen he collaborated with the theater ensemble Hotel Pro Forma. His canvases often take up popculture themes.
Selection from solo exhibitions: Ad Paintings, Galerie TIC: Galerie U Dobrého pastýře, Brno, 2012; L´instant Magic: Gallery Sokolská 26, Ostrava, 2013; The Paradise: Galerie De Buck, Gent, Belgium, 2013
Miloš Vojtěchovský (born 1955 in Prague) is a curator, art historian, and audiovisual artist. Graduated in art history and aesthetics from Charles University in 1980. Between 1984 and 1995 he lived in Amsterdam. In 1989 he conceived and worked as a researcher, co-producer and co-author of the interactive educational project Orbis Pictus Revised (ZKM Karlsruhe - Imaginary Museum Project, in collaboration with Tjebbe van Tijen and Rolf Pixley). In 1991 he initiated The Hermit Foundation/The Center for Metamedia. He was curator at The Collection of Modern and Contemporary Art at the National Gallery in Prague (1997-2000), where he co-curated with, among others, Jaroslav Anděl the exhibition project Dawn of the Magicians. He curated the MediaLAB at the Center for Contemporary Art in Prague (1998-2004). Between 2000 and 2004 he was engaged in the internet radio and netcasting project Radio Jelení/Lemurie TAZ. Since 1997, he has lectured on media, contemporary art, and media theory and history at the Faculty of Fine Arts at the Technical University Brno. Since 2004, he lectures on media art history and theory at the Center for Audiovisual Studies at Film and Television Faculty at the Academy of Performing Arts in Prague. He was curator of the program at the Gallery Školská 28 (2009-2012), and with Peter Cusack the sonicity.cz project.(2008 -) He is one of the initiators of the Frontiers of Solitude concept and program.

Growthrings: Hermit II
On the Hermit Symposia at the Plasy Monastery: A Refuge for Artists and other Strangers
Anton Haakman: The Subterranean World of Athanasius Kircher: lecture and screening of a documentary film
Athanasius Kircher: Just as in this corporeal world...: 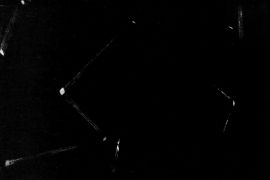 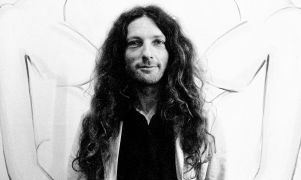 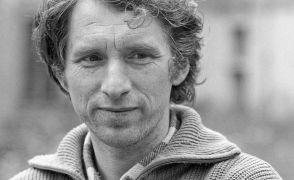 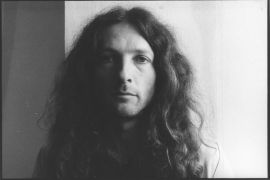