Vladislav Zadrobílek aka D.Ž. Bor (1932, Prague –  died 2010, Prague) was a poet, writer, visual arist, musician, publisher. He was well known as sustaining and encouraging interest in alchemy through his publishing of Alchemical texts in samizdat. Later, after 1989 he founded Trigon publishing and published many titles. He was also a poet, in 2005 nominated for the Czech National Prize for Literature. He wrote biographies including that of Gustav Meyrink. He was known outside the Czech Republic for his substantial contribution towards the 1997 conference Prague, Alchemy, and the Hermetic Tradition in collaboration with the New York Open Center in association with Gnosis Magazine, Esotera (Germany) and Universalia (Prague). For this he made an illustrated book of essays on Alchemy and related themes Opus Magnum (Trigon, 1997) and a large scale exhibition of alchemical material, books, manuscript and artefacts at House of the Stone Bell in Prague's Old Town Square.

He had a wide interest in esotericism, embracing freemasonry, mysticism, sacred architecture, following the writings of Fulcanelli (which he published in Czech translation). He often published under pseudonym D. Ž. Bor. He served as the President of Universalia - a hermetic organisation founded in the 1920s, which survived both the Nazi occupation and the Communist period, and secretly fostered interest in hermetic philosophy. During the 1970s and 80s he kept interest alive in hermetic matters though his small scale samizdat books. These were printed on a Gestetner type duplicator and perfect bound. In these he published alchemical texts translated into Czech with many illustrations from woodcuts and engravings.

V.K. published from 1971 to 1989 about 34 samizdat handmade publications. He used to work in the legendary second-hand bookstore in Dlážděná Street, where, for example, the poets Zbyněk Hejda, or Vlastimil Třešňák worked. Zadrobílek collected and published works by Ladislav Klíma, Josef Váchal, Vladimír Boudník, Vítězslav Nezval, Pierre de Lasenic, Otokar Březina, Pierre de Lasenic, or Gustav Meyrink. He got inspired to study alchemy by an edition of books by Czech brewery owner, brewer and alchemist Otakar Zachar (1870, Točník, † 1921, Prague). After 1989 he transformed samizdat publishing activities into the Trigon publishing house, which he ran from 1990 until his death in December 2010. He collaborated with artists Oldřich Hamera, Karel Nepraš, Michael Rittstein, Vladimír Kokolia and others. Trigon's editorial profile focused on Hermeticism, Alchemy, Esoteric and Magical literature (Paracelsus, Agrippa, Lévi, Fulcanelli). A unique publishing achievement is the limited edition series Knižnice Logosu, bringing fundamental alchemical texts in Czech translations (Hermes Trismegistos, Nicolas Flamel, Bernard of Trevis, Basilius Valentinus, Michael Sendivogius, Eugen Philaletha, Libavius and others) and authors of the Czech Universalist tradition (Lasenic, Kefer, Kabelák). The publishing house once a year publishes the journal Logos, which continues the tradition of Universalia. The fundamental Zedrobíleks texts of those subjects is the mytho-ethymological trilogy: "The Golden and Iron Age", "The Alphabet of Creation"; and "The Mysterious World of Prehistory". 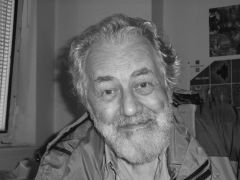 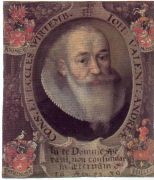