"It didn‘t take any kind of professionality to plan ahead, to design a project to be worked out in Plasy, for the reason that my thoughts on "near the beginning" went something like this:
'…It takes a kind of professionality to plan that far, and I understood your program as an open possibility to react and respond to the organization by climatizing ourselves, but now I have some ideas to describe how my project would possibly look like. For creating a final work that is likely to reflect on a certain event, I would like to use metaphors of transcendency, and the dilemma of priority of written and drawn messages, as this is a frequent problem of the field I work in. With Vilém Flusser's theory about the process of dealing with a text containing mathematical descriptions, I also realized the picturesque behavior of the computer-programming languages which usually flow in the shadow of the visible parts of computer-works. In this case, I would like to make it transparent, suggesting that this invisible part has a strong effect on the whole. Presuming that the exhibition will take place in a sacral or a representative hall of the monastery, I would like to use its interior, appearing as a plain photo image on the computer screen, with a synthetic light effect shining through the window, combined with a rounded video. As it is an interactive structure together, I would like to use a synthesized voice to repeat the programming orders. The direct impression would be a non-abstract, simulated reality, focused on the video which will be shot during our stay there...'
…and the final work – it mysteriously happened to be exactly the same!"
Robert Langh, 1997
"But as I can remember, the circles were replaced by planets and the interior of the monastery so, iteractively, we could turn the monitor and the mouse together, to simulate the 'lens flare' effect..this was so suprising at that time, so I am still proud of it!"
Robert Langh, 2018

Robert Langh (born 1967 in Hungary) has taught multimedia at the Academy of Fine Arts, Budapest since 2000, and video art at the Academy of Applied Arts between 1995-98. He authors CDs of various cultural content in the C3 Foundation, Budapest. He studied and graduated from the Academy of Fine Arts department of Intermedia, and the Academy of Applied Arts department of Visual Communication as a media artist. He is also interested in computer installation, and took part in collective exhibitions in different countries. Some of his CD publications are the Butterfly Effect (C3 Foundation, 1997), "Everything is the Opposite Way"(Kurt Lewin Foundation,1998), Colorum Naturae Varietas (Soros Foundation, Prague, 2000), "The Last Window-Giraffe" (C3 Foundation, 2001), "World Famous Hungarians..." (Millenáris Kht., 2003), "Cross-Culture Calendar" (C3 Foundation, 2004). Other computer installations include Love Streams (Tölgyfa gallery, 1991), Planets Flare (HERMIT symposium, Plasy, 1996), Whore Nest (Internet Galaxy, Museum of Applied Arts, 1997), This Happened In The Parking Lot (Palazzo della Regione, riva del Mandracchio,Trieszt, 1998, and Maison Européenne de la Photographie, Paris, 2001), Model of the World (Bratislava, 2000), Smalltalk (Mediamodell, Art's Hall, 2001), Trigonometrical Guitar (Artpool, 2001), Retroscope (Aura, Millenary park, 2003) and the Image Surfer Montage Builder (House of Future, Millenary park, 2005). He has formerly created videos like "...lumberjack by night" (BBS, 1992) and "Stereo Time" (BBS, 1995) at the Balazs Bela Studio. 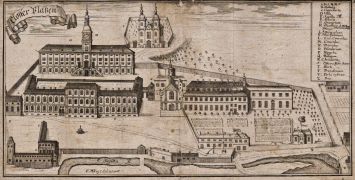 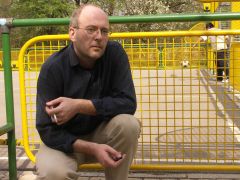