This CD Rom-electronic encyclopaedia is dedicated to the investigation of phenomenology and the magic of nature, of the eye's ability to distinguish colours, and of the qualities of memory and reason to understand and denominate the visible and audible. It is conceived as a labyrinth as well as an archive of typologies and exceptions of chromatics, morphology and soundscapes,  of nature hidden in the internal landscape of the microcosm of the artist’s personal collection. Further it is also a document of an intensive experience of the space between sound and colour, movement, written text and spoken word. It maps and represents an artist's years-long devotion to nature and to the observation of colour palettes and the morphology of events and objects. It is a diary of losing oneself in the landscape and, as well, an inquiry into the book of landscapes and the landscapes of the book. It shows the traces of, the physical contact with and a record of the changeability of the surface and core of things. It brings out the sounds of listening to colours and the perception of tonal value, voices out in the landscape as well as their resonance in imagination.

The menu consisting of nine coloured areas is the starting point from which you can go into the layers of the next book by a single click. Latin titles of the chapters appear above the menu. Adjustment of volume is enabled using the twig located in the bottom right corner (we recommend using earphones). The next chapters can be accessed directly using the icons below the coloured rectangles, and also via the second menu consisting of object icons. Each chapter is focused on one of the following fifteen topics:

Colours / Sounds / Places / Words / Micro- and Macrocosms / Topography / Perception of the Coloured Bodies / Elements / Perception of the Elements / "Exact" Perception of Colour / Colour Interactions / Colour Theory and Synaesthesia / "Coloured Life" Interview / The Artist / Index.
Passing through the layers on the CD-ROM is activated with the cursor movement (RollOver), single click (MouseUp) or the cursor movement with a pressed mouse button (RollOver MouseDown). A majority of the elements available in the screen area is active and it is only upon your decision which direction you will take from the start. The bottom icon (or its variations which have to be found) is used to return to the starting menu. You can leave the programme at any time by the Control(Command)-Q keyboard shortcut or by clicking on the pear icon in the left bottom corner in the basic menu.

Production credits: CDROM Colorum was conceived in 1998–1999 as a result of the cooperation between the artist, the Centre for Metamedia in Plasy and the Centre for Culture and Communication "C3" in Budapest. 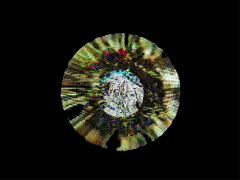 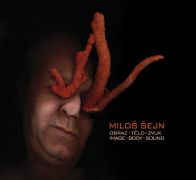 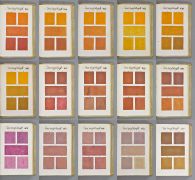