Church Acoustics in the History of Knowledge

Although Christian church building produced one of the most acoustically impressive structures in Europe from the early Middle Ages to modernity, little is known about the acoustic models used in their construction.

It is unclear to what extent the architects aimed for specific acoustic effects and what exactly they knew or assumed about acoustics. Architectural acoustics as an exact science capable of the precise calculation of reverberation time emerged only after the physicist Wallace Clement Sabine determined the reverberation equation around 1900. However, the behaviour of sound – especially the sound of the human voice and musical instruments – in both enclosed and open-air spaces was discussed within the context of rhetoric, music and the performing arts, religion, and architecture for many centuries.

In my talk, I will argue that the history of church acoustics reveals the fluidity of boundaries between different regimes of knowledge; what we would today call an empirical and scientific understanding of acoustics was not necessarily in conflict with religious and cosmological views of sound and audition derived from ancient sources. The “hybrid” notions of sound and hearing generated in this context did not necessarily result in poor acoustic design due to misunderstanding of the nature and propagation of sound. Rather, we can see them as reflecting a mix of practical acoustic, cosmological, and religious concerns, which met particular historical requirements and expectations.

Anna Kvíčalová is a postdoctoral fellow at the Centre for Theoretical Study in Prague. She was trained as a scholar of religion at the University of Amsterdam (MA) and the Freie Universität in Berlin (PhD). Between 2013-17 she worked as a research fellow at the Max Planck Institute for the History of Science in Berlin (research groups The Making of Acoustics in 16th to 19th Century Europe and Epistemes of Modern Acoustics); and until 2018 she was a member of the Berlin center on the history of epistemology and material culture (Knowledge in Motion). In her work she deals with an interdisciplinary investigation of the history of the senses, media, science, and religion in early modern Europe. Her current project examines the construction of the categories of deafness and hardness of hearing, and changing definitions of “good” sound and hearing in 16th and 17th-century Europe.

Architecture and the Senses: Seminar, Workshops and Performances 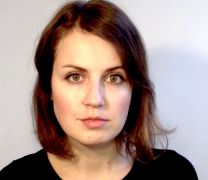