Saša Spačal’s work focuses primarily on the posthuman period, in which human beings exist and act as one of many elements in the ecosystem, though not as sovereigns. She therefore abandons a cartesian mindset with the acceptance of the fact that technology has expanded not only from hardware to software, but also now includes wetware, resulting in hybrid phenomena that are inscribed in mechanical, digital and organic logic. 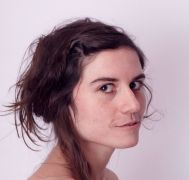