"Phill Niblock arrived with Paul Panhuysen and took part in the Long String concert. The next day during the festival, he played via the PA system located in the corridor of the convent one of his drone compositions. People walked and listened through the entire building and outside in the yard. The same evening the rock concert by BRUTUS took place near the river with thousands of drunken fans. Some of them who were curious what kind of music is happening in the monastery came in. When leaving, somebody walked on the roof of Phil's car which was parked outside. In the following years, Phill came with - among others - Susan Stenger from Band of Susans."
Miloš Vojtěchovský, 2018

Niblock's music explores the texture of sound which results from multiple tones in very dense tunings performed in long durations. The combination of static surface textures and extremely active harmonic movement generates a highly original sort of music that has influenced a generation of composers. The pieces are created on tape from unprocessed recording of precisely tuned long tones played on traditional instruments. In Plasy, Phill Niblock performed his piece on tape with further amplification by way of the special acoustics in both chapels.

In Five More String Quartets the musicians are tuned to specific pitches by calibrated sine tones as they play and the sound they produce is recorded, unprocessed, to multitrack tape. The piece is built up by means of multitrack recording. Early Winter has a different structure: a mixing of recorded instruments, computer-controlled electronic instruments, and live instruments in the studio. Niblock arrived to Plasy for the first festival in 1992 with Paul Panhuysen and returned for most of the festivals during the following years.

The whole convent was in tune with Niblock music.

Phill Niblock is an intermedia artist using music, film, photography, video, and computers. He makes thick, loud drones of music filled with microtones of instrumental timbres which generate many other tones in the performance space. Simultaneously, he presents films and videos which look at the movement of people working, slides, or computer-driven black-and-white abstract images floating through time.
Niblock was born in Indiana in 1933. Since the mid-60s he has been making music and intermedia performances which have been shown at numerous venues around the world. He has been a member of the Experimental Intermedia Foundation since 1968 and its director since 1985. Niblock has produced about 1000 Music and Intermedia presentations at EI since 1973 and is a curator of EI’s XI Records label. In 1993 he formed an Experimental Intermedia organization in Gent, Belgium, EI v.z.w. Gent, to support the artist-in-residence house and installations there.
Niblock has no formal musical training. His minimalistic drone approach to composition and music was inspired by the musical and atistic activities of New York in the 1960s (from the art of Mark Rothko, Carl Andre, Sol LeWitt, Donald Judd, Robert Morris to the music of John Cage and Morton Feldman’s Durations). Niblock’s music is an exploration of sound textures created by multiple tones in very dense, often atonal tunings (generally microtonal in conception) performed in long durations. Many of his pieces are based on collaborations with specific musicians; over the years he has thus worked with a large number of the most diverse players including: Susan Stenger, Robert Poss, Jim O’Rourke, Ulrich Krieger, Seth Josel, Peter Kotík, Tom Buckner, and many others. Susan Stenger came and performed in Plasy in 1994 or 1995.
Niblock was the recipient of the prestigious 2014 Foundation for Contemporary Arts John Cage award. His music is available on the XI, Moikai, Mode Records, and Touch labels. A double-DVD of films and music, lasting nearly four hours, is available from Extreme. 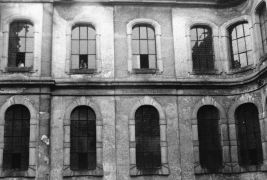 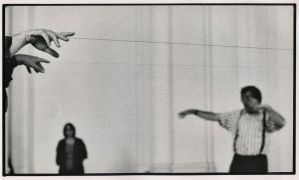 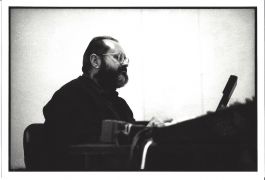 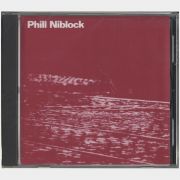