Tomáš Hlavina: The Study Emanation in Accordance with Jamblichus

"This installation is one of the three parts of a more extensive study that deals with the three connections of Plato's theory of ideas. The other two parts (not shown) are:
1. The Egyptian comprehension of the division of soul.
2. The hieroglyphic interpretation of Plato's Kratilos dialogue.
The Study Emanation in Accordance with Jamblich, or apparition of intelligible beings, has mostly been seen in Jamblich's publication on the Egyptian mysteries. Jamblich has a special, borderline position in Neoplatonist philosophy. The eastern cults - Persian and Jewish - have strong influences in Jambliche's philosophy. This can be seen in the unfolding of the intelligible world to the various branches of a hierarchy of intelligible beings.
These beings are possible to comprehend by means of the spirit only and are of no colour, shape or form. Jamblich writes of the Egyptian mysteries: 'The God's light is sometimes concentrated by means of water, because water is transparent and open to the light's reception.'"
Tomáš Hlavina, 1992

Iamblichus(245-325 CE) was a Syrian  Neoplatonist philosopher of Arab origin. He determined the direction that would later be taken by Neoplatonic philosophy. He was also the biographer of the Greek mystic, philosopher and mathematician Pythagoras. Iamblichus proposed that the soul was so completely descended into the body that it required a 'jolt' to awaken it. This jolt was provided by exposure to the presiding powers of the Kosmos, which could be invoked by means of magical ritual. The Neoplatonists were much derided in the 19th century for this practical approach to philosophy. Even at the time Iamblichus was taken to task by Porphyry for "forcing the gods" in the manner of a magician who forces the daimones to do his will using ritual, fumigations, secret names of power, and ritual artifacts. Iamblichus argued that the gods were not 'forced,' they acted out of love.
The goal of Iamblichan theurgy was the elevation or ascent of the soul, with an ultimate goal of unification with the divine. Implicit in the practice of theurgy is an esoteric psychology (literally, "knowledge of the soul") that accords the human soul an agency, dignity and divinity that depends less on external factors, such as grace, faith or good works, and more on self-knowledge. While it is difficult to detail all the assumptions on which theurgy depends, it is certainly consistent with the belief that the human soul is a fragment of the divine that has "fallen" into a relationship with the external and so forgotten its original nature and status. The soul is constituted like a hologram so that, as a fragment of a whole, it retains all the essential relationships found in the whole - that is, the soul is a "little kosmos" or microcosm. Because it reflects or mirrors the relationships of the Kosmos, it is part of the larger web of "sympathies," and manipulation of these sympathies by the use of  perfumes, flowers, stones, diagrams, divine names, music and poetry can arouse the corresponding elements within the soul.

Tomáš Hlavina is  a Czech visual artist who lives and works in Prague, Czech Republic. Hlavina was born in 1966 in Děčín. Between 1986 - 1989 he studied art restoration and from 1989 - 1992 at the studio of Intermedia Studies under Prof. Milan Knižák at the Academy of Fine Arts in Prague, graduating with a Master of Fine Arts degree in 1992. In 1989, he received a five-month scholarship to the Academy of Fine Arts in Tbilisi (Georgia) where he studied medieval Georgian painting and architecture.
Hlavina has been exhibiting internationally since 1990, including at the Ludwig Forum in Aachen (1994), Museum of Modern Art in Vienna (1999), Fundació Joan Miró in Barcelona (2000) and Museé d'art Moderne in Saint-Etienne (2004), Prague Biennale 2 (2005), SITE Santa Fe (2006) and the National Gallery in Prague (2007) and most recently as a part of the large permanent collection of Hlavina's works at the Wannieck Gallery in Brno.
Hlavina is a recipient of grants from the Pollock-Krasner Foundation (1997), the Land Niedersachsen Kultusministerium in Germany (2003), and the Lannan Foundation (2006) and was an artist in residence at the MacDowell Colony (2004), Santa Fe Art Institute (2006) and the International Studio & Curatorial Program in New York (2009-2010).
Hlavina's objects and installations are usually very minimal pieces, very simple "models" made from wood, metal, plastic and string. There is no one single intention or interpretation for any piece, his objects are more a visual metaphor that is open to various contexts and interpretations. One could say that Hlavina's minimalistic works are more closely related to medieval art and to the art of ancient civilizations than to contemporary art. One remarkable feature is the underlying humour that pervades his work. 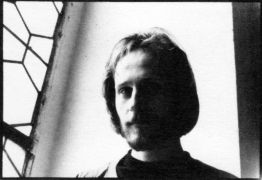 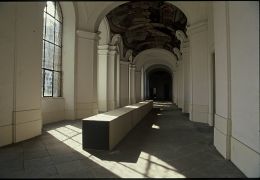 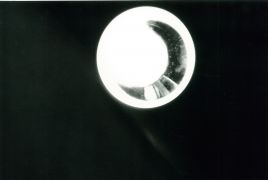 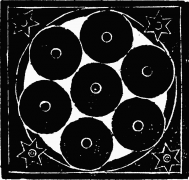