Rehearsal of the planned theater performance Fanta žije to tour the Czech Republic during the summer of 1999.

Mainly the theatrical presentations, of which for example Jednotka acted out poetic play, Život Fanty Zije / The Life of Fanta Zij, more than forty times on different squares and in suburbs both at home and abroad, required tons of energy and technical ability. Jednotka liked to change the habitual perception of the auditorium and the stage. It played without barriers, outside. It created its own environment or let the viewers pass through the scenes (Pasažér / Passenger) or it pushed one scene behind the other (Divnosti / Strange Things). It was also forced, and not only thanks to its aesthetic inclinations, to gather things, stage property, environments, technical equipment. It created its own needed environment (base) in the experimental space, NoD, which it founded and designed. NoD was, and still is, together with the Roxy Club a typical representative of the institutions of the 1990s; one that combines concerts, exhibitions, theatre, lectures and a bar. Krištof Kintera was the first curator of the NoD Gallery. Together with Jednotka he built the bar and the theatre space. After some disputes with the Linhart Foundation in 2001, they moved for a time to Meet Factory: the original one in Holešovice.

In conclusion I add on Jednotka‘s own structural and organic definition and by-laws: Jednotka (previously Hidden Creative Unit K’d / Skrytá Tvůrčí Jednotka K’d) is the name for a larger than smaller cell existing in the body of society. This organism is an open system with its own structure. Jednotka has its own core that invites specific individuals to work with it on events. These persons then become temporary legitimate members of Jednotka for the period during which the event takes place or longer. No one is a member of Jednotka against their will. No one is a member of Jednotka without knowing it. The Core is Jednotka’s central body. In crisis situations the Core’s decisions have irrevocable validity. Pes Lajka is a full-fledged member of the Jednotka organism. Jednotka members attempt both individually and collectively to achieve a maximum perception of reality and a subsequent permutation into an answer. 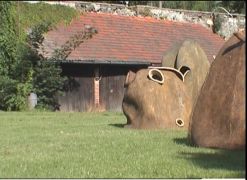 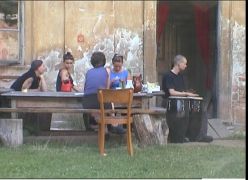 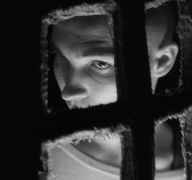 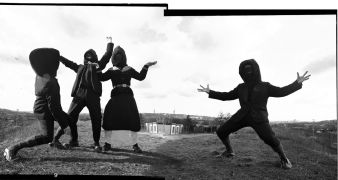