"Visual artist, theater maker and musician Boudewijn Ramana Joachim (Jochem) Hartz was born 22 september 1961 in Amsterdam. Jochem found it difficult to find his place in normal society and as an anti-authoritarian he disliked bureaucratic matters. He collected things that he found on the street and with which he created art objects. With his voice, expression and playful energy he could make a room feel lighter. He had a hard time saying "no" and his house was a charging point for neighbors and loyal friends. Jochem liked to be a clown and his imitations were phenomenal. Although he could also be anxious, especially at night, he preferred to sleep with two cats in the bed and the dog at the foot of the bed. In the meantime he had set up the attic as a studio, the plaster casts in the hallway were a thorn in Leni's side. But Jochem had his heart set on being an artist: his great example was grandfather Louis Hartz, a well-known painter whose work can be seen in the Boijmans van Beuningen museum. At the age of eighteen, Jochem started to study painting and sculpture at the Rietveld Academy and moved to the floor above his grandmother, who enjoyed his conviviality. After three years he transferred to Object Theater at the Amsterdam School of the Arts, where he was able to combine his artistic gaze with his improvisational talent.

From his thirties Jochem lived with Milou, whom he knew from the Object Theater. They went to live in the Grain Silo squat and founded the SiloTheater collective. During the preparation of the many performances Jochem was completely absorbed by the construction of kinetic objects, which sometimes came at the expense of the collaboration. In 1997 the couple moved to the grounds of the Amsterdamse Droogdok Maatschappij (ADM). Jochem thought that living, working and creating as a community was the ultimate art of living. “We wanted to be autonomous and learn how to do that in a new society. It was a successful social experiment that had a positive impact on the city," he said in an interview.

At that time they performed a lot with the company at festivals such as Oerol and the Parade. They also visited international theater festivals, especially in Eastern Europe. After that Jochem worked closely with musicians Tristan Honsinger and Sean Bergin of the Instant Composers Pool. He added physical and visual elements to their performances. He also played in their musical performances in Germany, Norway and Italy. Jochem liked roles full of movement, musicality and absurdity, although he also created a silent performance about his demented uncle Adriaan.

How hard life was for squatters became apparent when the owner of ADM Mr.Lüske attacked the building with a bulldozer and part of the facade disappeared while Milou and Jochem were sleeping: a traumatic experience. The tough life in that damp, drafty squat did his body no good, so he moved to an appartment on the Overtoom. However, he continued to work at ADM.

In the meantime, making music took on a bigger role: he played flute and saxophone with the MaandOrkest, where all players practiced scores at home and played together once a month.

In recent years, the war history of his Jewish family kept him busy. Jochem thoroughly investigated the traces that this had left behind and received therapeutic help for this at the Sinai center. The insights and understanding for all the trauma made Jochem sweeter and softer. It made him understand himself better. In recent weeks he thoroughly enjoyed his floor, which had now been completely refurbished. He saw it as a blank slate. Although he did notice that his powers were diminishing. A few days before his unexpected death, he said to his friend Gerdien: “Actually, I lasted a long time”.
He died 14 augustus 2021. 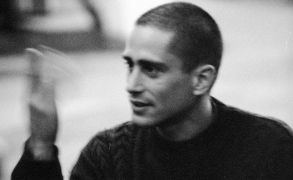 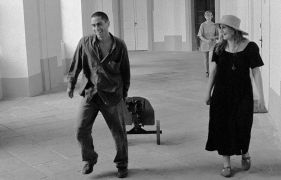 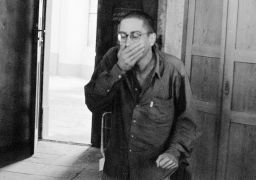 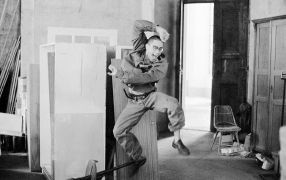