Each onion was hung in relationship to the architectural geometry of the 17th Century granary of Plasy Monastery. One growing onion was placed beneath the baroque “onion domed” cupola.

“The onions are aligned to the North-South meridian of the granary. At the centered points this Meridians Crosses the East-West meridian of the central clock-bell tower. There is also a strong up-down Meridian (axis) at this central point. The dead onions are hanging inverted in the storage wings of the building; the living is placed aligned to the central vertical axis. The onions come from the market garden. In the granary, there is a strong feeling of Architecture as an organism. Conversely the Architecture of the onion could be described as baroque; each onion is aligned to a pair of East and West windows, its heart oriented to the centre of each window. Thus it hangs in relationship to the entrance of light and the movements of the sun each day. Each onion also hangs in relationship to the human body: its centre is at the level of the HEART, and hangs down into the level of the intestine and genitalia. These are points on the Body Meridian, which is also called GRAVITY. The granary is also a place where the potential energy of Nature (stored food) meets the proposed energy of Religion. The ascendant-descendent Meridian. The Granary is a Cosmos, as is the Onion as is the Body.”

Richard Thomas (b. 1961) is Australian artist, curator and environmentalist. He lives and works in Melbourne. His work includes various media such as installation, sculpture, video, painting and photography. Most projects are realized at the intersection of art, culture and environment. His work is focused on sustainable architecture, the carbon cycle, climate change, plants, earthworks, avoided deforestation and more. In 3 years - 1998 Thomas was one of the organisers of the Construction in Process international symposium in Melbourne, titled “The Bridge” (with Katherine Armstrong, Gail Davidson and the legion of people in Footscray over two years of dedication). The Bridge “brought off one of the most open-ended, logistically challenging conceptual events Melbourne has witnessed”. 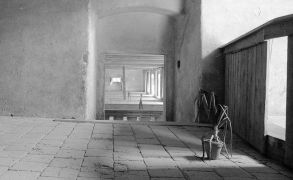 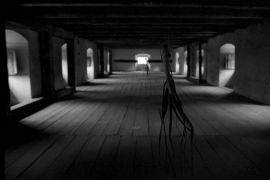 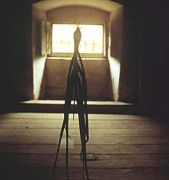 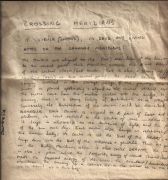