Peter Kalmus (born 1953 in Piešťany) he has lived mostly in Košice since he was 9 years old. He attended the Secondary School for Transportation in Košice, he is an art autodidact. During the normalization period he was a remarkable member of the unofficial underground art scene. In November 1989 he co-founded the Civic Forum in Košice. In 1990 -2012 he was a member of Spolok C + S, since 1992 he has been the member of the group Združenie 1992. He participated in numerous collective exhibitions, international exhibition symposiums and international festivals of action art.

Peter Kalmus is one of the most productive artists in Slovakia – an autodidact who had been a member of the unofficial art scene before 1989. His works are diverse and numerous, in terms of techniques they include drawing, prints, assemblage, painting, objects, installation and action art. His performances range from short, absurd “one act” art pieces to longer events including monotonous activities (e.g. riding a bicycle around a fountain) to public, non-violent protests responding to various political and social causes. Kalmus’s artistic programme includes several long term topics which he develops as a process regularly even obsessively. For example every day since 1988 he has ritually wrapped with a wire minimum one stone for every Jew who was deported during the existence of the so called Slovak State during WWII.

Cycles Partitúry (Scores)and Korózne grafiky (Corosive Prints) also belong among his long term projects. His works focus thematically on politics, death, religion, sports and he develops these topics in a serious but also humorous ways, with a certain degree of specific playfulness and absurdity. He likes collecting old things found in flea markets or in trash and he recycles them and incorporates them in his works, he creates his own costumes, which he mostly showcases at exhibition openings. Peter Kalmus is an “artist with universal interests, a rebel, a critic of the former regime remnants and a marthone runner”, for who art is his lifestyle. 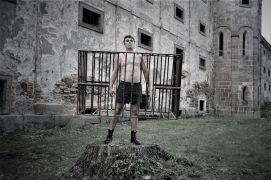 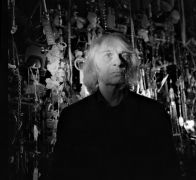 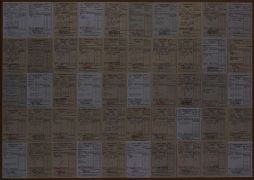 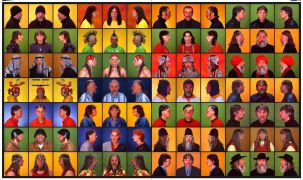