"Petr Nikl performed several variations of his events with puppets of Light – „Lampbirds“ – in which he combined the natural acoustic of the St. Benedict chapel with Pergolesi Stabat Mater, candle light and the illusionistic effects of four strategically-placed mirrors. On stage, he worked with the assistance of Vladimír Vimr, Jaroslav Kořán, Igor Hlavinka and Michael Delia. The group Mehedaha also performed a puppet-theatre based on the Gilgamesh Epos in the granary."

Petr Nikl (born 1960) is a Czech visual artist, performer, musician. He was born in Zlín in the family of a painter and a toy designer Libuše Niklová. He studied at the secondary school of decorative arts in Uherské Hradiště and continued in Th Academy of Fine Arts in Prague (studios of Arnošt Paderlík and Jiří Ptáček). The inspiration for his first texts and drawings was the work of Christian Morgenstern and Nikl accompanied his poetry with mezzotints. He invents nonsense stories and songs. With friends interested in theatre he started the puppet group Mehedaha in 1987. The puppet performances, based on ballet, musical and dramatic sketches, were shown privately at home, or at the exhibition openings. Together with František Petrák he has published a series of thirteen books of nonsense poetry by the Mehedaha group. In 1987, he was a founding member of the art group The Hard-Headed/Tvrdohlaví. He was awarded the Prize of Jindřich Chalupecký (1995). He is a versatile artist: he paints, makes puppets, composes music, and theater plays, writes songs and curates. He is author of the concept of several huge interactive exhibitions "Game Nests" (Rudolfinum 200), "The Landscape of Fantasy and Music" (Czech pavillion at EXPO 2005 in Aichi, Japan), or "Orbis Pictus and Labyrinth of the World", which traveled all over the world. He realized several theater projects for the Archa theatre in Prague. 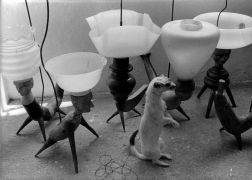 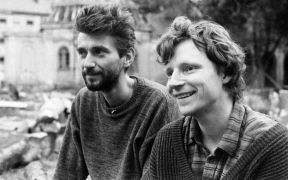