Grace was written by Steve Adams and Larry Ochs as a meditation on sound in resonant spaces. Originally composed for the Grace Cathedral in San Francisco, 1992.

The recording published on the CD was conducted in the Saint Benedict Chapel by AVIK Studio Jiří Sláma without public. Originally it was about one hour and it was probably erased after the CD was mastered. The public concert took place in the corridors of convent and in both chapels. After Hermit they had another gig at Archa Theater in Prague, thanks to Ondřej Hrab. It took about one year to get the funding for ROVA event at Plasy.

Rova (Larry Ochs, Jon Raskin, Steve Adams and Bruce Ackley) is one of the longest-standing groups in the music industry that has its roots in post-bop, free jazz, avant-rock, and 20th century new music, drawing inspiration from the visual arts and from traditional and popular music styles of Africa, Asia, Europe and the United States. Noting Rova's innovative role in developing the all-saxophone ensemble as "a regular and conceptually wide-ranging unit," The Penguin Guide to Jazz calls its music "a teeming cosmos of saxophone sounds" created by "deliberately eschewing conventional notions about swing [and] prodding at the boundaries of sound and space..." Likewise, Jazz: The Rough Guide notes that they are "highly inventive, eclectic and willing to experiment" and that "Rova [is] arguably the most exciting of the saxophone quartets to emerge in the format's late 70s boom."

In 1985, the Rova Saxophone Quartet incorporated the not-for-profit organization Rova:Arts. Founding member Andrew Voigt left Rova in August 1988 and was replaced by Steve Adams. Otherwise, the personnel - Larry Ochs, Jon Raskin and Bruce Ackley - has remained the same throughout these 30-plus years, giving the group a consistency and sensitivity that has enabled its ever-evolving and highly nuanced explorations into new musical territory.

The participation of Rova was supported by US Endovment for Arts.

Special thanks to Mr. Leslie High. 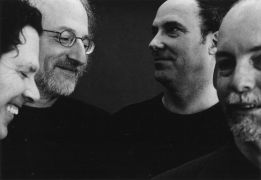 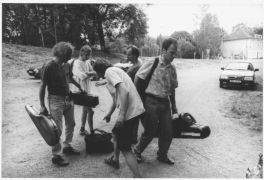 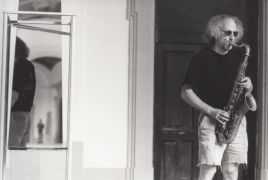 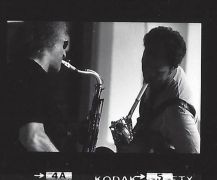 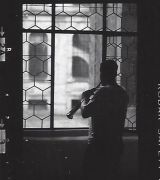