SABOT was formed in 1988 in San Francisco, California by Christopher Rankin (bass guitar) and Hilary Binder (drums) from the rhythm section of the punk trio Forethought. SABOT has continued to be a bass & drums instrumental duo (and kept all original members!) until 2006.

Christopher Rankin was born in Cleveland, Ohio. After moving to Boulder, Colorado in 1978, he began studying saxophone and clarinet. He formed his first industrial music group, Problemist, in San Francisco, California in 1981. Towards the end of his involvement with Problemist, he switched from saxophone and synthesizer to bass guitar. In 1984 he formed Morally Bankrupt, a four-piece progressive punk group. His musical career continued when he met guitarist/singer Tommy Strange, also from Ohio. Together with Tommy and Hilary, he formed the punk-folk trio Forethought in 1986. Two years later he and Hilary moved on to form SABOT.

Hilary Binder was born in Washington, D.C. She began her musical career at 6, studying classical violin and piano. Frustrated with the confines of classical music, she began to teach herself drumming at 15 and formed her first punk group, Death Before School, in 1981. After moving to San Francisco, she eventually hooked up with Christopher and Tommy and continued drumming. With the formation of SABOT came an opportunity to expand on the traditional drumming styles of her past groups.

Christopher's musical influences began at an early age with classical music and Dixieland jazz. During the '70s he developed an appreciation for progressive rock and contemporary jazz. Through Problemist and Morally Bankrupt he gained exposure to and experience with industrial music, punk and other independent musical styles of the '80s. Today he spends his time listening to ear-splattering Japanese noise bands and the occasional super avant and difficult jazz movements of the late 60’s.

Hilary's musical influences started with her classical musical training, which continues to affect her ideas about composition. For ten years she almost exclusively listened to punk and hardcore music, though she is always sneaking in private time with soul, go-go and hip hop.

They founded together in 1993 Cultural Exchange Station CESTA - an international not-for-profit center established to foster cultural understanding and tolerance through the arts.

CESTA in Tábor has concentrated its efforts on international arts festivals, community projects, group exchanges, residencies, and the development of an informational global network for artists in all fields of artistic expression and cultural production.

The concept of cultivating cultural understanding and awareness through the arts is based on the recognition that traditional dialogue has its limits and prejudices. Through an open and flexible environment, CESTA strives to challenge these limits in a contained context and present alternatives for use in a larger context.

Our location in the Czech Republic provides us with a keen perspective on a transitional society, both ideologically and economically. In effect, CESTA is a laboratory where committed cultural work takes place alongside community-building projects. We do not see CESTA as so unique that our activities will not translate across cultural lines or societal values. Rather, we pursue a course of one amongst many projects – the many including the known and the unknown.

Art, to us, is not limited to the abstract, the ethereal, but includes social awareness. Thus, the sociopolitical aspect of cultural work is inherent in all of our productions and processes, from our events to our administration to our facility design. 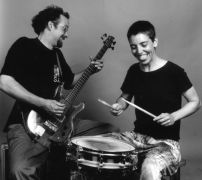 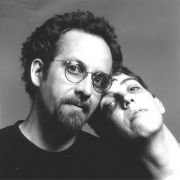 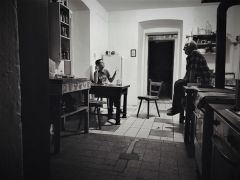 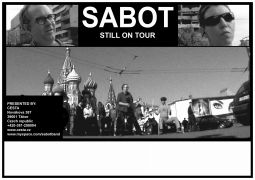