"Obra Konstruk IV. is an audio installation from the series Obra Konstruk which follows the installation Konstruk II. On the 4th of May 1990, we visited st. Florian monastery near Linz and the former concentration camp of Mauthausen. In the monastery we saw in the corridor a faded wall with outlines left from removed pictures (portraits?); scars left here from the sun. The same day we visited Mauthausen, where we saw a wall with thousands of photos of victims, stacked one over the other by their relatives.

Obra Konstruk II was for us the subjective reconstruction of this day. The invitation to take part in 'Hermit' in the Plasy monastery was for us a perfect opportunity to revive a memory of a special place. A sound component of Obra II was a revised sound fragment from the work of Anton Bruckner."
Sluik & Kurpershoek, 1992

The media artist duo Ron Sluik (1961, Enschede) and Reinier Kurpershoek (1959, Amsterdam) worked together between 1982 and 2000 under the name Sluik/Kurpershoek. Their cooperation as an artist duo was sparked off at a joint exhibition at the AKI (art school) in Enschede, where they studied Monumental Design from 1979 to 1984. Their career began at what was then the MonteVideo gallery in Amsterdam, and they later presented their work at film festivals all over the world.

Initially, Sluik/Kurpershoek were more interested in the production of site-specific work (such as sculptures and installations), but they soon recognized the power of the video medium (although their image material was often first recorded on 8mm film, only to be transferred to video for editing and distribution). Unlike the first video experiments from the 1970s, their work is not characterized by media-specific self-reflection, but rather by the awareness that video is an excellent medium for telling stories that fall outside the narrative categories of (mainstream) cinema. Moreover, their images always remain visible as images - images that are inseparably intertwined with their medial and historical context.

Sluik/Kurpershoek often made use of footage recorded during their journeys across Europe, which later resulted in associative video collages. A recurring theme in their work is the relationship between history and memory, and between travelling and border-crossing. 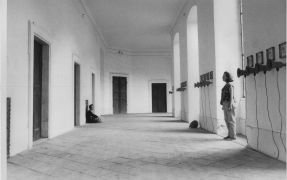 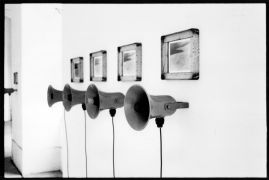 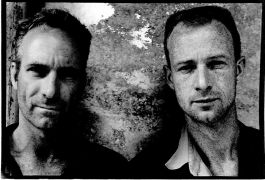