The performance is divided into four different parts was thematically inspired by the imaginary journey along the Meridian from Plasy around the earth.

The concept: We decided to follow the meridian line accross the globe from Plasy to Plasy. The 360 degrees were comprised into 1 hour, so every 6 degrees of traveling was 1 minute of preformance. The division into land, sea, mountains, temperature, etc., all formed part of the score, as well as cities on the meridian.

Every member of the group interpreted the score in his or her own way and in private. During the performance the 4 versions of the score were to be performed simultaneously. A list of time markings significant for each performer were handed over to Tom Veeger, who announced them publicly to everyone.

The time travel across the South Pole was the only event we would perform all together, using bullroarers - small instruments that sound when swung in the air.

The performance: Tom Veeger found airmaps for pilots of military planes. The ones that covered (part of) the meridian he etched on glass frames that were placed on the floor, forming a north-south line. He also announced the significant times.

Mark Dijkstra constructed at the spot a dripping machine that consisyed of buckets, water and an amplified metal plate. He also played clarinet improvisations according to data from the score.

Petra Dubach performed a piece about growth, (dis)appearing traces, travelling and moving along lines following her own interpretation of the score.

Mario van Horrik played guitar ‘on the land’ and with water-driven sounds when the travel was on the water.

Stichting Antartica was a collaboration of four artists from Eindhoven, who have worked together since 1987.

Petra Dubach and Mario van Horrik are sound artists. They live and work in Eindhoven. Their work includes concerts, installations, performances, works in progress, media translations, videos and objects. The main focus of their work is the combination of movement and sound. In their opinion both media are similar: if there is no movement, there is no sound. Petra and Mario make unique, incomparable works with the simplest possible means: copper plates, aluminum bars, string, fans, water, air, paper, etc. They have presented their work worldwide: Sound installations amongst others in: Ujazdowski Castle, Warsaw; Art in General, New York; Synagogue Palmovka, Prague; Cinema Rex, Belgrade; Galerie Artetage, Vladivostok; Museum School of Fine Arts, Boston; Amber Festival, Istanbul.

Petra and Mario form part of the multi-media group Antarctica, together with the architect and light artist Tom Veeger and media-artist Mark Dijkstra. Also, they are closely related to Paul and Helene Panhuijsen and the former Apollohuis. Mario is a member of The Maciunas Ensemble, the experimental music group with Paul Panhuijsen, Jan van Riet and Leon van Noorden. Petra and Mario released several audio-cd’s: The Adventures of Toon Scales in 2002, originally by Bake Records, Live in Prague, 2004 and _Waves (2 vinyl LP) _Edition Telemark in 2016. vofduho@hotmail.com

Mark Dijkstra works in the following disciplines: video, installation and, performance. The main theme in my work is the way we are able to perceive our environment and the time we need to interpret the perceived environment. Most of the time I work together with artists from another discipline. For instance: designers, architects, actors, dancers and, musicians. I like to investigate all the boundaries of the area I am working in. Art is a philosophical way of thinking. geranium.mark@hetnet.nl

Tom Veeger is an architect and designer combining the experience in the field of: Architecture, Lighting and Art projects. After finishing his study at the TU/e Faculty of architecture, he started working in theater (stage design and lighting) and carry out art projects. This was made possible by a grant from the foundation FBKVB. This period gave him the opportunity to carry out projects outside the architectural boundaries. He also worked in some large architectural studios, designing projects like hospitals, schools, office buildings, large scale housing projects, urban design and, interior. From this broad experience, he has developed an expertise to easily switch between different fields of design. Now he’s owner/architect of his own studio working on projects in the field of architecture, art and lighting and combines it with his work at the Faculty of Architecture, Building and, Planning at the TU/e. tom@tv59.nl 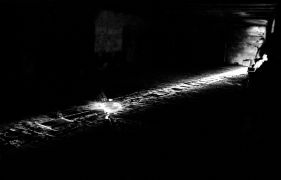 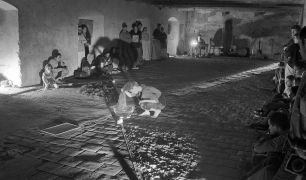 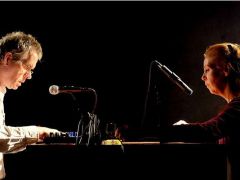