2.02 The Object is simple.
Only a very unhappy man has the right to pity someone else.

3.02 What is thinkable is also possible.
a. It is important for our view of things that someone may feel concerning certain people that their inner life will always be a mystery to him. That he will never understand them.
b. [I] just took some apples out of a paper bag where they had been lying for a long time. I had to cut half off many of them and throw it away. Afterwards, when I was copying out a sentence I had written, the second half of which was bad, I at once saw it as a half-rotten apple. And that's how it always is with me. Everything that comes my way becomes a picture for me of what I am thinking about at the time.
(Is there something feminine about this way of thinking?)

4.1212 What can be shown cannot be said.
a. The light work sheds is a beautiful light, which, however, only shines with real beauty if it is illuminated by yet another light.
b. lf you offer a sacrifice and are pleased about it, both you and your sacrifice will be cursed.
c. The edifice of your pride has to be dismantled. And that is terribly hard work.
d. The horrors of hell , be ·experienced within single day; that's plenty of time.

6.36311  That the sun will rise to-morrow, is an hypothesis;
6.373 The world is independent of my will.
6.41 The sense of the world must lie outside the world. In the world everything is as it is and happens as it does happen. In it there is no value -and if there were, it would be of no value.
6.44 Not how the world is, is the mystical, but that it is.
6.5 For an answer which cannot be expressed the question too cannot be expressed.
The riddle does not exist.
If a question can be put at al l can be answered.
6.521 The solution of the problem of life is seen in the vanishing of this problem.
6.522 There is indeed the inexpressible . This shows itself; it is the mystical.

a.What you are regarding as a gift is a problem for you to sove.
b. When I came home I expected surprise and there was no surprise, of course, I was surprised.
c. A confession has to be a part of your new life
7 Whereof one cannot speak, thereof one must be silent.


The leitmotiv of the Wittgenstein Concert (composed in 1991) is taken from a lullaby. The text is composed from fragments of works: Tractatus Logico-philosophicus, Vermische Bemerkungen. Tibor Szemzö also recorded together with Martien Groeneveld in the St. Benedict Chapel and the track is included on the CD Letokruhy (Growthrings). The piece was originally composed for the video work Wittgenstein Tractatus (1992) by Péter Forgács and Tibor Szemző. The performance in Plasy was the piece's Czechoslovak premiere.
(The concert was recorded by AVIK studio, but the recording got lost.)

Tibor Szemző (born 1955, Budapest, Hungary) is a Hungarian composer, performer and media artist. He began his musical studies at the Kodály Method School at the age of six and graduated from the Hungarian Academy of Music. Szemzö formed his own trio (later a quartet), and in 1979 he founded the minimalist ensemble Group 180 (1978–1990). It was a profoundly influential ensemble, renowned for its performances of Hungarian minimalism; it also performed works by John Cage and Steve Reich. Embarking on a solo career in 1983, Szemzö began integrating spoken word and visual elements into projects and, in 1987, he issued his first solo recording, Snapshot from the Island. In 1998 Szemzö also formed a new chamber ensemble, the Gordian Knot. Other notable works include Ain't Nothing but a Little Bit of Music for Moving Pictures (the score to a collection of black-and-white home movies compiled by friend Péter Forgács), The Conscience and the musical piece entitled Tractatus (a narrative-based chamber composition) inspired by Ludwig Wittgenstein's Tractatus Logico-Philosophicus. In recent years, Szemző's interest has increasingly turned to film. His award-winning feature A Guest of Life (intermixing documentary footage, animation, and Super 8mm film stock) was shot in Tibet. 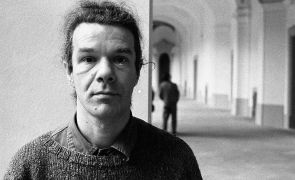 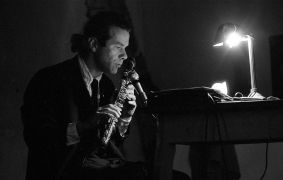 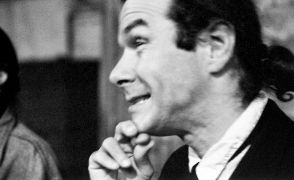 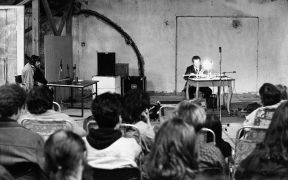