Salt and Light
Installation for the Granary
Fungus: inquiry of the place, 1994
Plasy Monastery

Uschi Kütz chose one of the dark basement rooms of the granary. At the bottom, on a stone floor where a soft light entered through the window from the outside, a thin layer of kitchen salt was poured out. The salt image created a strangely unrealistic impression of the emanating area. The installation caused a conflict with conservationists who considered using salt in the underground building dangerous. Granaries at that time were still in use by the local agricultural cooperative, and in the rooms next to the early medieval chapel of St. Magdalen pesticides and other poisonous chemicals were stored.

Uschi Kütz (1953) is visual artist, lives and works in Aachen. 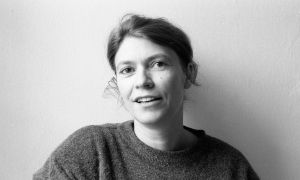 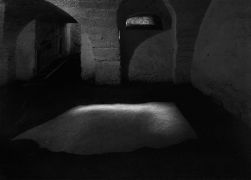 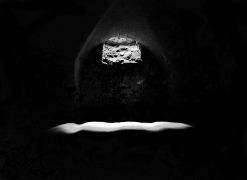