6 days workshop for students from the Sandberg Institute in Amsterdam, Gent and AVU Prague led by Ulay. The theme of the exercises was walking and selfreflection.

Section of the interview by Marta Gnyp

MG: Didn’t you have guilty feelings to leave your child?

U: No. When the child became 3 I decided to leave. I woke up my wife at 2 in the morning, made her a cup of coffee and told her: “I’m leaving”. Thanks to the photography business I had quite some money that I could leave to her. I said: “I will borrow the car and will call you at the destination so you can send someone to pick it up”. I went direction Prague, to the German-Czech border. Bad timing, it was 1968 so I was withhold by strange people with fur huts and red stars who said ‘njet’.

MG: Why did you choose Prague?

U: Because it was a very mysterious place for me but also because they had a very interesting theatre and film academy. I wanted to enrol there and do something completely different.

MG: The Russians invaded your plans as well.

U: When I was hanging around the border drinking vodka with the Russians I found a German newspaper in which there was an article about the Provo’s in Amsterdam. They were constructive anarchists, rioting against the police but they had good goals. They wanted to make the city car free, create more green spaces, to make a city liveable, which is still actual today. It was before Bader Meinhoff and RAF, the Vietnam War was going on, we lived in cold War era, but what they did was very positive. Then I thought why not Amsterdam?

Ulay is the pseudonym of Frank Uwe Laysiepen. He was born in 1943 in Solingen, Germany. Ulay was formally trained as a photographer, and between 1968 and 1971, he worked extensively as a consultant for Polaroid. In the early period of his artistic activity (1968-1976) he undertook a thematic search for understandings of the notions of identity and the body on both the personal and communal levels, mainly through series of Polaroid photographs, aphorisms and intimate performances. At that time, Ulay's photographic approach was becoming increasingly performative and resulted in performative photography (Fototot, 1976). Later, in the late stage of his early work, performative tendencies within the medium of photography were transformed completely into the medium of performance and actions (There Is a Criminal Touch to Art, 1976). From 1976 to 1988, he collaborated with Marina Abramović on numerous performances; their work focused on questioning perceived masculine and feminine traits and pushing the physical limits of the body (Relation Works). After the break with Marina, Ulay focused on photography, addressing the position of the marginalised individual in contemporary society and re-examining the problem of nationalism and its symbols (Berlin Afterimages, 1994-1995). Nevertheless, although he was working primarily in photography, he remained connected to the question of the 'performative', which resulted in his constant 'provocation' of audiences through the realisation of numerous performances, workshops and lecture-performances. In recent years, Ulay is mostly engaged in projects and artistic initiatives that raise awareness, enhance understanding and appreciation of, and respect for, water (Earth Water Catalogue, 2012). Ulay's work, as well as his collaborative work with Marina Abramović, is featured in many collections of major art institutions around the world such as: Stedejlik Museum Amsterdam; Centre Pompidou Paris; Museum of Modern Art New York…

After four decades of living and working in Amsterdam, several long-term artistic projects in India, Australia and China, and a professorship of Performance and New Media Art at the Staatliche Hochschule für Gestaltung, Karlsruhe in Germany, Ulay currently lived and worked in Amsterdam and Ljubljana, Slovenia. 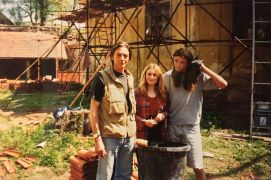 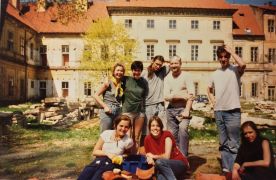