Zdeněk Neubauer: Gaia and the Anthropic Principle of the Sacred Wedding of Earth and Heaven and the Fruitful Marriage of Mythos and Logos

"The alchemists had the notion of unus mundus – a unifying cosmic ground in which both matter and psyche (soul) participate. This is the union between the masculine and feminine impulses/energies, which together form the unified unus mundus. This sacred marriage of the lunar and solar consciousness, in mythological terms, results in the birth of the ‘child’ – a new integral consciousness arising within the collective human species that recognizes the sacredness of life. This revival of sacred consciousness has its own modern mythology – in our recent communion with Earth’s lunar satellite, the moon".

Prof. Zdeněk Neubauer (1942 – 2016) was a Czech philosopher and biologist, remarkable especially for his interdiciplinarity, original interpretations in science history and epistemology. Neubauer graduated from Charles University in microbiology, biology and  chemistry (1965) and 1971 in philosophy. During his activities at Laboratorio Internazionale di Genetica e Biofisica in Napoli (1967–1970) he made several discoveries in genetics. In 1982 he was forced to leave the university because of his nonconformist attitudes, both scientific and political. After that, he worked mainly as a philosopher (a programmer analyst by job), publishing in inedit communities. Since 1990 he has been a member of the Department of philosophy and history of science at the Faculty of Science Charles University.

Neubauer started his career as a virologist, and his specialization was the “reproduction” of bacteriophages. Soon after, he grew disappointed with the reductionism of modern biology and decided to complement his work by studying philosophy and history of science. He then continued with the work of Adolf Portmann (and his way of biological thinking, that dates back to Goethe). Consequently,  Neubauer developed the so-called “eidetic” biology (inspired by the Greek word “eidos”, which means “form”). According to this theory, “eidos”, can be described as an “archetype” with a dynamic nature, i.e. it represents a “field of possibilities” a particular living being can reach. Any species or an individual life form is “merely” one realization of the various possibilities.

Neubauer argues that biology‘s role is not to describe an ideal “mean” for a group of organisms but to rather “celebrate” the prospect of possibilities organisms can reach (in terms of morphological transformations, etc.). He further theorises that the highest degree of variability in terms of traits can be found mainly with regards to appearance of organisms. However, these traits are very often virtually useless and independent of the natural (or sexual) selection, albeit often costly. They are expression of the “individual singularity” of species. (In German “Selbsdarstellung der Innerlichkeit”, expression of inwardness). These traits are not created casually but have intrinsic “order of transformations”.

According to him, the order of forms could be described as a “cultural logic of creativity”. Therefore, the aim (and possibly the challenge) of living and evolution is not only “surviving and reproducing”, but rather the singular expression of the possibilities of form (“eidos”) 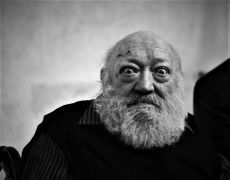 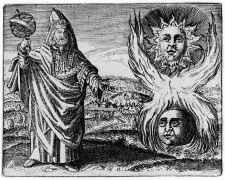