The performance of AGON took place at midnight in the absolute darkness of the St. Benedict chapel. The partiture consisted of sound impulses, transmitted directly through headphones to the players' ears. Part of the performance became the ambient sounds of the space and public, creaking of pews, etc.

The Agon Orchestra (originally Agon Ensemble) was founded in 1983 as a platform for the emergent generation of young Czech composers whose activities developed independently of the then cultural establishment by Petr Kofroň, Martin Smolka, Miroslav Pudlák and others. In the 90s, it conducted a number of thematic projects, mapping the contemporary Czech and world avant-garde from the 1960s to current post-modernist tendencies. Including regular performances in Prague, Agon performed over 200 performances around the world, mostly at international festivals of contemporary music, and made a number of recordings for radio, television and various record companies.

Martin Smolka (born 1959 in Prague), entered the world of music in the early 1980s when he and Miroslav Pudlák (joined later by Petr Kofroň) founded Agon ORCHESTRA, an ensemble that in the late 80s and early 90s was the most significant mediator of the world's musical avant-garde on the Czech scene, which at the time was dominated by the officially-supported, domestic pseudo-modernism. From the very outset of his career as a composer, we can discern Smolka's having been influenced by post-Webernism, Minimalism, American experimental music and the Polish School. In the early 90s, Smolka was interested in bizarre instrumental techniques and sound sources (deeply under-tuned strings, old gramophones, various objects in the role of percussion, etc.) ..Smolka's music oscillates round two poles: 1) Cracked, buoyant conviviality, the music of a hobbling orchestrion, symptomatic civilisation sounds, a folk or brass band playing, preferably out of tune; 2) Melancholic memories, aching desire, the nostalgic echo of the sounds of Point 1. Corresponding to this is the usual structuring strategy of Smolka's compositions: they almost invariably form juxtapositions of inwardly homogeneous and sharply contrasting formal segments which, through their opposition (slow – fast, joyous – sad, tumultuous – gentle, etc.), actually correspond to the "sonata" categories: the main theme – the secondary theme. Smolka, however, frequently works with jarring, film-like, cuts, evolutionism is suppressed, seams admitted, dynamic and textural differences foregrounded, with repetition being the basic principle. The essentially emotional tone of Smolka's compositions also relates to the application of micro-intervals serving the composer, on the one hand, to evoke real sounds and, on the other, to "detune" traditional harmonic and melodic formations – the motivation for this fundamentally subversive seizure of the inherited material is the further amplification or re-awakening of its emotional potential (e.g.  Solitudo for ensemble). In the late 90s, Smolka focused his attention on this very "recycling" of elements of traditional music, deformed in micro-interval terms and arranged in the manner of collage (Remix, Redream, Reflight for orchestra or Blue Bells or Bell Blues for orchestra, awarded by the Foundation Prince Pierre de Monaco). Moreover, over the past decade Smolka has taken a keen interest in vocal music, especially that for chorus (Poema de balcones for chorus, Plasmus 114 for chorus and orchestra, etc.).

Martin Smolka's music has mainly been performed outside of the Czech Republic, the country in which he currently lives. Those who have commissioned Smolka compositions include the most renowned European ensembles and festivals. In Prague, he is above all known due to his opera Nagano, for which he received an Alfréd Radok Award. Since 2003 he has taught composition at the Janáček Academy of Music and Performing Arts in Brno. He occasionally writes film scores. Martin Smolka studied composition at the Music Faculty of the Academy of Performing Arts in Prague, yet the private study with Marek Kopelent was also of crucial significance for him.
edited from Petr Bakla, 2011

Miroslav Šimáček (born in Prague, 1956) is a musician, composer and publisher. He has collaborated with many prominent personalities in music, visual art, journalism, literature, film, technology and therapeutic communities. At the turn of the 1970s and 1980s he was a prominent participant of the Czech alternative music scene: Expanze (1977-9), Kilhets (1979-80, 5CD Kilhets, Black Point, 2008), (Autentycký z Gokytnan) and developed both written and conceptual, concrete and electronic music, mostly interpreted from graphic partitures. Since the mid-1980s, he was part of the Agon Orchestra (CD Red and Black, Audio Ego, 1997). His compositions were featured at concerts and festivals in a number of countries (Bang On A Can Marathon in New York City, FIMAV in Victoriaville, Canada, Evening of New Music in Bratislava, Schaubühne Lindenfels in Leipzig, Audio Art in Krakow, Kunsthalle Krems in Austria, Warsaw Autumn Festival in Posk, New Music Marathon in Prague, New Music Concerts in Toronto, Roulette in New York City, Musica Ficta Forum in Vilnius, NYYD Festival in Tallinn, Gele Zaal Gent in Belgium, etc.) and were shot for various radio and television companies (Czech Television, Slovak Radio, DUNA TV Budapest, CBC Montreal, Deutschland Radio Berlin, Polish Radio, Lithuanian Radio, Estonian Radio, Deutschland Funk Cologne). In the 1990s, he was active as a graphic designer: editor of the magazine Respekt, co-founder of the post-revolutionary face of Revolver Revue, he was editor and publisher of his own art journal Konserva / Na Hudbu and the book Graphic score (made together with Petr Kofroň and Martin Smolka), he developed a new outlook of Literarní noviny with the supplement Konserva / Na Hudbu (1996), posters of New Music Society, One Woman Press, etc. At the turn of the century, he devoted himself to interactive concepts in multimedia projects - (Limbo Festival  at Center for Metamedia Plasy), Mäckleburgisches Künstlerhaus (Schloss Plüschow), Festival Alternative (Archa Theater), Prague Quadrennial, Cimelice Center of Contemporary Art, Festival of Poor Music (Glass Meadow), Hidden Levels of Consciousness (Archa Theater), Festival Enter multimediale. He composed the soundtrack for the movie "Divoké včely" (Wild Bees) by Czech director Bohdan Sláma. 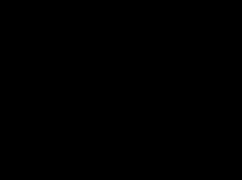 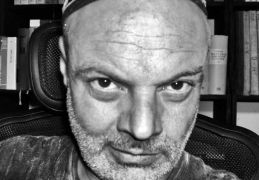 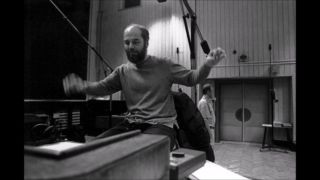 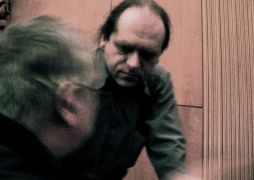