Aleš Müller exhibited musical instruments, which he designed in 1992 in Plasy. These objects were used for the recording sessions together with Marian Palla in the building of the convent. CD was pusblished same year-1992 by AVIK studio.

Aleš Müller studied at the Academy of Fine Arts in Prague in Emil Přikryl's Department of Architecture and Miloš Šejn's Studio. He is one of the first graduates of the Conceptual School of Miloš Šejn. His graduate thesis Severočeská pánev, reflects on the northern Bohemian landscape.
The project was defined by the location of the excavated mine "Nástup" in Tušimice, and the intention was to show the possibility of revitalizing this landscape without the use of conventional procedures. He has limited himself to creating an artificial landscape, as did the Czech Reclamation School.
Nowadays, he is engaged in architectural practice. 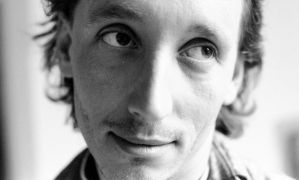 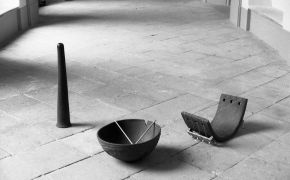