Josef Daněk: A Lecture Concerning the De-Celebration of all Feasts

Josef Daněk has, in recent years, often been working with Blahoslav Rozbořil. The duo gave many performances in which they presented their texts. These readings/lectures were on the border between action art and theater, typical for their irony - a grotesque parody, a persiflage of the "scientific" mask and methods. Mr. Daněk, who lately performs as well alone, gave a lecture in Plasy focusing on (approximately) the need to dismiss of official and unofficial celebrations.

Josef Daněk (born 1961) is a Czech visual and performance artist, working in the field of drawing, painting, object, performance, literature, and scenic texts. The use of eclectic forms allows him to take a distance and to provoke reactions. His earliest efforts resulted in expressive drawings within a conceptual  framework, including texts which initiated the field of performances. During the second half of the eighties, Daněk’s performance-based approach to creative work was manifested in narrative performances which were often created in cooperation with artist and sociologist Blahoslav Rozbořil. In the 90s, Daněk curated a series of  exhibtions (among others "Infinitive Drawing" in Moravská galerie, 1994). Together with Terezie Petišková, he also prepared several symposia. His performaces were in galleries, public space,  in HaDivadlo, in Divadlo Husa na provázku. He taught drawing at FaVU in Brno, later at the Faculty of Arts of the Ostrava university. 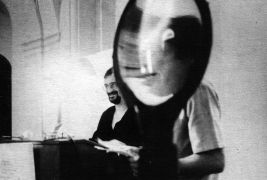