David Rothenberg
From the book: Nightingales In Berlin – Searching For The Perfect Sound

David Rothenberg is distinguished professor of philosophy and music at the New Jersey Institute of Technology. He is the author of many books investigating music in nature, including Why Birds Sing, Survival of the Beautiful, and Bug Music: How Insects Gave Us Rhythm and Noise. His writings have been translated into more than eleven languages and among his twenty-one music CDs is One Dark Night I Left My Silent House, on ECM.

A celebrated figure in myth, song, and story, the nightingale has captivated the imagination for millennia, its complex song evoking a prism of human emotions,—from melancholy to joy, from the fear of death to the immortality of art. But have you ever listened closely to a nightingale’s song? It’s a strange and unsettling sort of composition—an eclectic assortment of chirps, whirrs, trills, clicks, whistles, twitters, and gurgles. At times it is mellifluous, at others downright guttural. It is a rhythmic assault, always eluding capture. But what happens if you decide to join in?

As philosopher and musician David Rothenberg shows in this searching and personal new book, the nightingale’s song is so peculiar in part because it reflects our own cacophony back at us. As vocal learners, nightingales acquire their music through the world around them, singing amidst the sounds of humanity in all its contradictions of noise and beauty, hard machinery and soft melody. Rather than try to capture a sound not made for us to understand, Rothenberg seeks these musical creatures out, clarinet in tow, and makes a new sound with them. He takes us to the urban landscape of Berlin—longtime home to nightingale colonies where the birds sing ever louder in order to be heard—and invites us to listen in on their remarkable collaboration as birds and instruments riff off of each other’s sounds. Through dialogue, travel records, sonograms, tours of Berlin’s city parks, and musings on the place animal music occupies in our collective imagination, Rothenberg takes us on a quest for a new sonic alchemy, a music impossible for any one species to make alone. In the tradition of The Hidden Life of Trees and The Invention of Nature, Rothenberg has written a provocative and accessible book to attune us ever closer to the natural environment around us.

Why do nightingales sing?

The males do most of the singing, to defend their territories and attract a mate. But why do nightingales need a song so complex and incessant, resounding long through the night? Sometimes, evolution produces phenomena of extreme beauty. Generations of female birds have coaxed the males to require such beautiful and excessive music if they are to be successful. Or so the theory of sexual selection would have us believe.

The message encoded in the song is the same as in all those much simpler bird songs. The difference is a musical difference. This bird music needs to be sung, and the nightingales will not be silenced.

How do they react to human musicians who join in?

They might try to interrupt, trade phrases in between what you play or sing, or go on and on as if they hear nothing but themselves. That’s the scientific perspective. Musically, the nightingale presents a rich assembly of rhythms, melodies, whoops and cries that invite any curious musician to find a way to join in.

The University of Chicago Press
Chicago and London, 2019

Music out of Nature: David Rothenberg 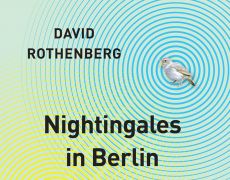 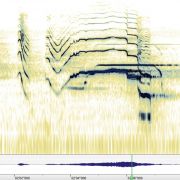 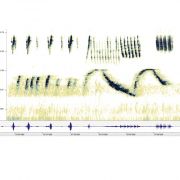 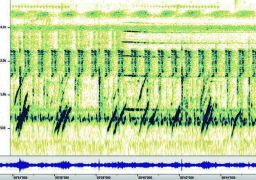 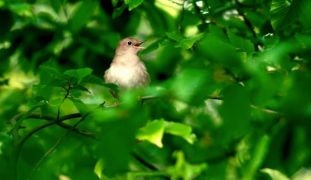 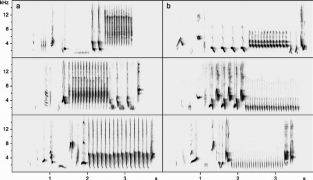 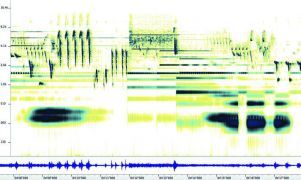