This Land is Not Mine is a collaboratiove Project by Kat Austen taking place in 2020–2021, focusing on the region of Lusatia, where Germany, Poland and the Czech Republic meet, the home of the Sorbian ethnic group.

This new media project explores identity in a region of co-existing cultures that is undergoing fundamental socio-economic changes as brown coal mining in the region is phased out. The work will be presented as a series of sound compositions and video connecting the changing identity of the region and sustainable transitions. Field recordings of the mines and surrounding areas and sounds of the chemistry of the water in the region (using the artist’s specially developed instruments) will be combined with sounds gathered from the region‘s community members that characterise their own identity, and through discussions around the way in which the region is changing. The artwork, and the collaborative processes that generate it, will foment change towards sustainability by probing the roots of the region’s identity, thereby sparking new conversations and possibilities about Lusatia’s future.

This Land is Not Mine is an participatory artistic research project by Kat Austen that opens a dialogue about current socio-economic structural changes in the multicultural region. Sounds of Lusatia are collected in collaboration with the population through workshops and via a specially-developed crowdsourced online database, launching on the 21st September 2020. Special attention in the project is paid to the importance and role of the Sorbs in framing the culture of the region. Together with Lusatians, Austen researches the continued transformation of regional identity in an area undergoing a profound transition due to the ongoing move away from the lignite mining industry that for so long has dominated the land‘s narrative. In 2021 an exhibition project will take place at the Brandenburgisches Landesmuseum für moderne Kunst (BLMK) in Chotbuz. It focusses on how identity plays a role in shaping the sustainability of the region in the future, with a particular focus on integrating Sorbian identity in a coherent narrative for the region’s population. Sustainability requires not only this stepping away from coal and innovation, but also to connect with less tangible resources already present, such as culture, experience and tradition.

In this project, Kat Austen explores the diverse identities of Lusatia. Austen invites Lusatians to collaborate in this artistic research, which focusses on changes in the region and relationships between humans, landscape, water and ecosystems. This collaboration forms the foundation of a multimedia work , which will be a synthesis of artistic research and the artists‘ individual impressions. ‘This Land is not Mine‘ is an independent artistic research project that has no connections to regional or supra-regional political parties or actors. We are happy to answer any further questions you may have about the objectives and content of the project.

Kat Austen is a person. In her artistic practice, she focusses on environmental issues. She melds disciplines and media, creating sculptural and new media installations, performances and participatory work. Austen’s practice is underpinned by extensive research and theory, and driven by a motivation to explore how to move towards a more socially and environmentally just future. Working from her studio in Berlin, Austen is currently Artist in Residence at WRO Art Center through the EMAP/EMARE programme, Artistic Fellow at IASS Potsdam, Associate at ZeM, Brandenberg, Artist in Residence at the Faculty of Maths and Physical Sciences, University College London and Senior Teaching Fellow at UCL Arts and Sciences. She is a Fellow of the Royal Society of Arts, a member of the bbk, an inaugural member of the London Creative Network and is co-founder of the DIY Hack the Panke collective in Berlin. Austen’s field research has included a voyage around the Canadian High Arctic as Artist in the Arctic 2017 for Friends of Scott Polar Research Institute (University of Cambridge) for her project The Matter of the Soul. In 2018 Austen was selected as inaugural Cultural Fellow in Art and Science at the Cultural Institute, University of Leeds for the sameproject. Austen has been awarded residencies internationally, including with NYU Shanghai, ArtOxygen Mumbai, LAStheatre, the Clipperton Project and Utter! Spoken word. Austen has exhibited at Bonhams Art Gallery, London; The Polar Museum, Cambridge; Kuehlhaus, Berlin, among others, and her work is held internationally in private collections. She has performed around the globe, including at Opera North, Leeds; Fusion Festival, Berlin and Headlands Center for the Arts, San Francisco.

Hearsay: A Report on the Soundworms Ecology Gathering 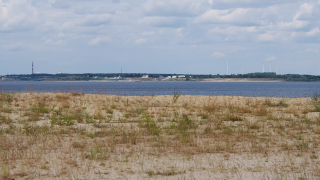 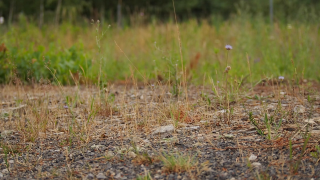 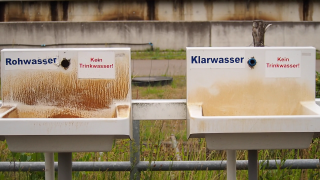 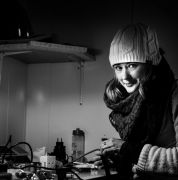