The Moving Station cultural center is easily accessible by train – you get off, cross the street, and you’re there. It is situated in one of the previously functioning halls of Pilsen’s south side (Jižní předměstí).

The railway company currently uses only one of the halls, while in the other, thanks to years of devoted work on the part of the Johan Society, there now exists a budding contemporary cultural platform with a high level of quality. After complete renovation works which took place during 2015 — also the year Pilsen was selected as the European Capital of Culture — the building stands tall and the whole collective is optimistic. The Moving Station is described as “a space for contemporary art and education,” focusing especially on contemporary theater and dance, but also placing much emphasis on education.

I met Eva Kraftová, who has been running the Johan Society’s PR and production since January, 2017, in the pleasant atmosphere of the Moving Café. The Johan Society, which is the moving force behind the Trainstation in Motion project, will be celebrating its 20th anniversary next year. The house has been recently renovated, and whoever might remember what condition it was in before 2015 will certainly be dumbstruck. It looks like a completely different building now. Or rather, it looks like any functional European cultural space should.

Johan started focusing on the train station as recently as 2000. Even though the building was sold by Czech Railways at auction into private hands, its new owner still wanted to continue the collaboration with Johan. It was just a matter of obtaining finances from the EU’s structural funds and, with the new owner’s participation, renovate the entire building. Construction was finished after eight months and the sapce opened in September, 2015.

“It is great that sometimes dreams do come true, but patience is important. For a long time, Johan had the building in its sights and gradually came to view it as its own scene, but it was just a ruin before that. Because the collective cared for it for so long and made it a real cultural fixture, it was easier to negotiate with Czech Railways, and subsequently the new owner, for the creation of an art scene,” explains Eva, her excitement evident. The whole space, which is a historical site, was renovated to its original Art Nouveau form dating to 1904. The tiles, for instance, were made by a small ceramics firm and are perfect replicas of the originals.

The rest of the building meets the requirements of a modern, multi-functional center. The heart of the space is the theatre hall, which seat one hundred, in a classic arrangement and elevation. When, after our interview, we wandered through, the stage was surrounded by nets, as it was being prepared for flying drones which will be part of the performance The Internet of Things.

The core production team consists of seven people, one of whom works full-time while others only part-time, and still others from outside the organization. An important feature is Dramacentrum JOHAN which offers drama classes and courses for all age groups. In addition, they also have their own improv team. One of the new concepts are their improv battles, events which consist of teams competing in theatrical improvisation. There are also public debates, literary readings and small musical events. Exhibitions take place in the café and in the main hall. There are also artist residencies which allow for the conception of performances directly for the intended space.

Much activity goes into popularizing amateur theatre, and Johan also organizes competitions for the Pilsen and Karlovy Vary regions. Some of the performances which come out of the showcases are also staged right at the Moving Station. Eva describes one of the December performances: “For instance, the drama group Rámus, who play alternative marionette shows for both children and adults, have a performance called V Prdeli, inspired by the story of Aladdin, which is about what happens when someone is allowed to make a wish but is terrible at it.” She goes on to emphasize that “whatever happens here, education remains one of our key goals. Not only do new and interesting things come out of educational platforms, such as creative stimuli or reflections on the state of contemporary society, but there is also another perspective: art can educate a person and cultivate their understanding of what is happening around them.”

Johan is mostly supported by municipal and ministry grants, but it gets support from other grant organizations as well, including foundations. It collaborates with NGOs, schools, and community centers in Pilsen and elsewhere and is connected to international networks, such as Trans Europe Halles (TEH), as well as local groups, like the Association of Alternative Theatres.

After the renovation, new horizons are opening up for Moving Station. In the 2016 Annual Report, this transition is characterized as follows “We stand before a bridge which will take us from the cultural underground to the position of a regular, valuable, and respected alternative art scene.” 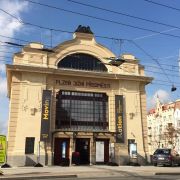 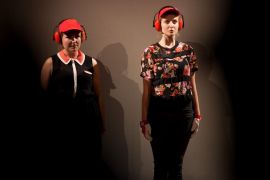 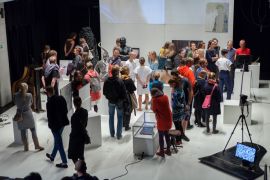 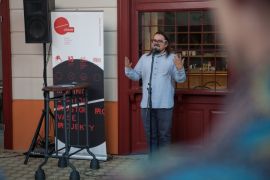 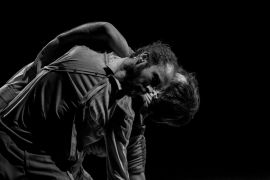 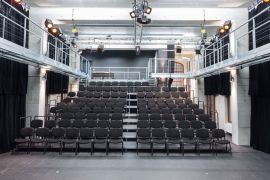