Kavárny Naživo Brings Art to the Cafés of Europe

With the smell of coffee and, in former times, tobacco, wafting in the air, the hustle and bustle of voices and the clinking of cutlery and tableware, the café scene has always been somewhat of a hub for European cultural life.

The couloirs of various coffee houses constituted a “home away from home” for some of the greatest thinkers and artists of the modern era, and it is inspiring to see this tradition carried forward into the digitalized humdrum of the 21st century. One of the initiatives which aims to revitalize this fundamental feature of European culture is the festival Kavárny Naživo. The organization was founded four years ago in Prague, and its mission statement is to “return music, poetry, theatre and art to those places where, in former times, they occurred naturally.” The thousands of cafés of Europe are, of course, the places which have kept the torch of a shared urban space alive, constituting a traditional platform for European city life.

The project takes its inspiration “from the era of the 20s and 30s and the vibrant life of café culture,” which thrived during the boom of the Czechoslovakian First Republic. It was then that the cafés which lined Prague’s Národní Třída (National Avenue) comprised the center for the city’s cultural activity, and it was there that artists, writers, scientists, and everyone who was anyone came to discuss and argue over a glass or mug of their favorite brew – Franz Kafka, the Čapek brothers, Jaroslav Seifert, and Albert Einstein spent their time gazing through the wide windows at the bustling avenue which still today stretches from Wenceslas Square to the National Theatre. According to Czech publisher and scholar David Vichnar, these cafés served as “the prime cultural-social milieux fostering the avant-garde,”1 which, in their capacity for inclusiveness and for opening transdisciplinary shared spaces, acted as “conduits of shared energy.”

The festival Kavárny Naživo takes place every October across major Czech cities and, since 2016, also in Dresden. That year, the festival drew a total of 17,000 visitors. The program itself is composed of of various events taking place the cafés themselves, consisting especially of lectures, music, theatre, poetry performances, workshops and exhibitions, while also offering people the chance to vote in various categories for their favorite café, staff, coffee, or interior design. The intention is to “fill the program with events which strike a chord in the local residents,” says Jakub Stejskal, one of the project’s founders,” and to bring art and culture essentially to their doorstep.”

It is a festival from the people and for the people, and so the evening program differs from city to city, from café to café. There have been acts ranging from talk shows, to meditation workshops, to informative lectures by Médecins Sans Frontières, all peppered with a healthy dose of music and performative arts. In the city of Písek for instance, the festival hosted an event called “Knitting with your Grandma,” which made an effort to approach the town’s senior residents and put them in contact with the youth. The program is truly compiled in a grassroots fashion, with the Prague-based core organization team providing only the backend services, like PR and website administration, leaving the individual teams to create programs of their own. There are however two conditions which each participating city must fulfill: it must put together at least a week’s worth of events, and must organize at least one event in another city. Connecting artists and venues, both in the region and abroad, thus constitutes a fundamental objective of the whole project. Last year, about half of the program which took place in Dresden comprised of foreign, Czech artists. “One of the major themes for Kavárny Naživo is to facilitate just such an exchange, not only in the Czech Republic but also, eventually, abroad,“ says Stejskal. The project is already expanding into other European countries, with Stockholm, Barcelona and Berlin being included in the program for 2018.

To this day, the subversive, political nature of the café scene can be gleaned from the infamous bon mot of the co-called “Prague café” - a recently coined term which serves as a label for those demographics which harbor socially liberal or cosmopolitan views. It indeed seems that cafés have, to this day, retained their position as breeding grounds for a politics of dissent in their ability to connect people, and their capacity to marry light-hearted frivolity with conscientiousness, erudition with playful decadence. It is indeed great to see that Europe’s cafés are still very much alive and well. 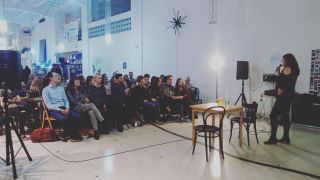 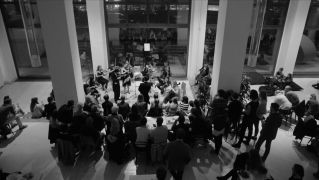 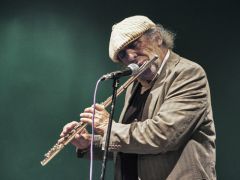 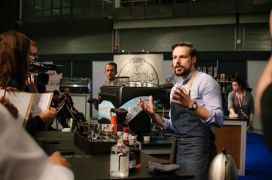 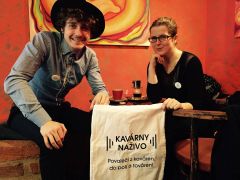 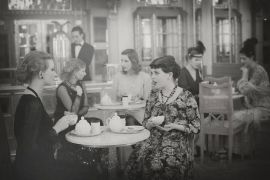 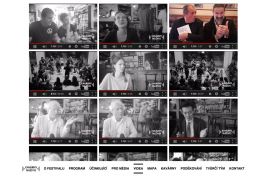