"This project was an attempt to represent the world as a spiritual vibration. This was the aim of J. B. Santini in his architecture, the purpose of Buddhist lamas in their mandalas, the spiritual "orbis mundi" of the medieval cartographers who considered their work as an instruments for meditation on beauty, the miraculousness and enormity of the world. The circle here has an important role of a symbol of wholeness, totality, perfection and infinity. That is why I have chosen the shape of a drum – a crossed metal sieves illustrating the multiplicity, variability and antagonism of the world. These materials – steel, iron, bronze – symbolize a sonic base of the world."

Martin participated as well in the concert of Orloj Snivců at St. Benedict Chapel

Martin Janíček (born 1961, Prague) is a sound artist, sculptor and musician. He examines the acoustic qualities of various materials and forms his own musical instruments. He often creates interactive sound objects, installations, minimalist forms. He is a graduate of the Academy of Fine Arts in Prague, an intermediary studio of Milan Knížák, a video atelier of Michael Bielický, a conceptual atelier of Miloš Šejn. As a longtime solitaire of the Czech scene, Martin Janíček, has had several decades of work on the border of sculpture and sound art, and his musical instruments and installations are often serious, deep and intimate. 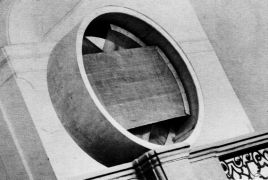 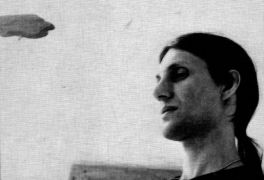