Saša Spačal is a postmedia artist working at the intersection of research into living systems with contemporary and sound art.

Spačal’s work focuses primarily on the posthuman period, in which human beings exist and act as one of many elements in the ecosystem, though not as sovereigns. She therefore abandons a cartesian mindset with the acceptance of the fact that technology has expanded not only from hardware to software, but also now includes wetware, resulting in hybrid phenomena that are inscribed in mechanical, digital and organic logic.

During her residency in Prague, Spačal plans to develop a new performance/installation called The Soil Sounds, which will be an endless performance of the ecosystem customized for green spaces, such as greenhouses, meadows, or forests. Implemented through a system of microphones and sensors, which will be placed on various locations in the biome, the system will reveal the underground life of the floor fauna, flora, water and biochemical processes in the soil, which will be heard by controlling mechanical percussion and string instruments. The captured sounds will be amplified and modulated and later integrated into a composition, together with subsoil field recordings of the wider area around the performance location. In so doing, the performance will be integrated into larger biophonic, geophonic and anthrophonic ecosystem, which, aside from biological activity and processes, will also include various sounds of micro- or macro-seismic movements and human activity. 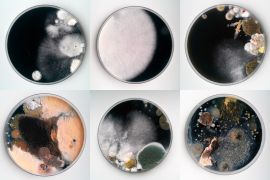 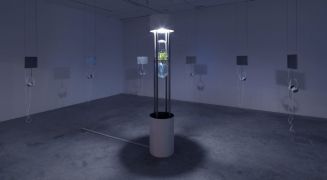 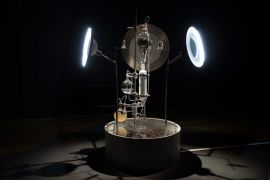 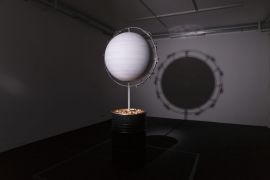