At the heart of the film’s multiple narratives is an adaptation of A Distant Episode, the savage short story set in Morocco by American author Paul Bowles, first published in 1947. Moving between documentary, fiction and fable, The Sky Trembles and the Earth Is Afraid and the Two Eyes Are Not Brothers observes its protagonist, played by the Morocco-based filmmaker Oliver Laxe (You Are All Captains, 2010), directing his own film Las Mimosas (winner of Critics’s Week prize at Cannes, 2016), only to walk off set and into Rivers’ narrative.

Shot against the staggering beauty of the Moroccan landscape, from the rugged terrain of the Atlas Mountains to the stark and surreal emptiness of the Sahara, with its encroaching sands and abandoned film sets, Laxe is drawn into a hallucinatory and perilous adventure of cruelty and madness to form a multi-layered excavation into the illusion of cinema itself.

In a café in Morocco, about 50 years ago, Paul Bowles overheard a man, high on kif, say the title of this film. And so he wrote a story around this statement, a story that moves between different planes of reality. I read the story, and the story behind the story, and the strange phrase kept circling around my mind, creating images and dreams. This film is a manifestation of these images, along with obsessions about cinema and how far we will go to make it.

Here is a challenging, cerebral slow-burner from the artist and film-maker Ben Rivers. It unfolds calmly, blankly, then contorts into violence: part drama, part opaque essay film on the nature of orientalism. … [Based on Bowles’s] disturbing tale about a European professor of languages who comes to Morocco intent on studying dialect, behaves high-handedly with the locals and is treated with terrifying violence that is far from justified or explained by his own behaviour. Rivers’s film changes the man from a professor to a film-maker, who autocratically insists the locals take roles in his movie.

Ben Rivers (b. 1972) is an artist and experimental filmmaker based in London. His work has been shown in many film festivals and galleries around the world and has won numerous awards. Rivers's practice as a filmmaker treads a line between documentary and fiction. Often following and filming people who have in some way separated themselves from society, the raw film footage provides Rivers with a starting point for creating oblique narratives imagining alternative existences in marginal worlds. Rivers uses near-antique cameras and hand develops the 16 mm film, which shows the evidence of the elements it has been exposed to – the materiality of this medium forming part of the narrative. 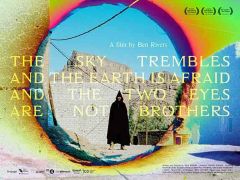 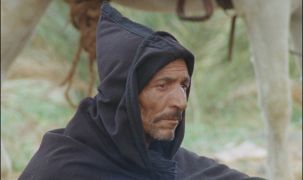 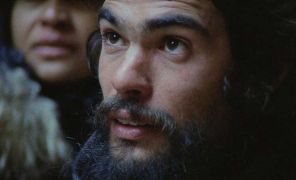 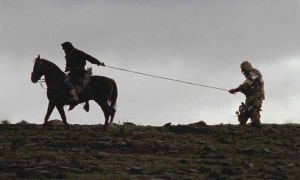 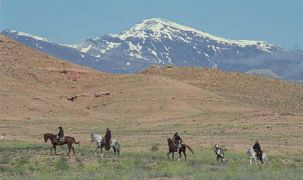