We speak with Nils Agger, an activist who has been part of the British RisingUp! network since its inception some two years ago, and who is currently active with the Extinction Rebellion (XR) movement. In the wake of the dire warnings of the recently published 2018 IPCC report, XR has been making big waves in the political climate, both in Britain and abroad. Their demands are simple: the UK must achieve net-zero carbon emissions by 2025. We met Agger in Katowice, Poland where he was organizing as part of the COP24 summit.

Agosto Foundation: In the RisingUp! whitepaper, you speak of a “creative revolution” that, apart from being “effective and sustainable,” also “must be fun.” Do you think this approach can have an effective impact on the legislation and hard politics which currently dictate the future of our planet’s climate?
Nils Agger: I think people get involved with social movements for a variety of reasons and I think some of those aspects are social and emotional. People are motivated by emotions, and simply trying to convey hard facts and political arguments won’t get you very far. Just as we are trying to have a great time together we are also trying to make space for the grief resulting from everything we are losing at the moment or are due to lose in the near future because of the ecological crisis.

The sheer scale of the destruction is truly hard to grasp for most people. What are some of the methods you use to communicate to people the peril in which humanity finds itself, and what are their usual reactions?

We set out to ‘Tell the truth and act accordingly’ and have done that through stating the truth in plain everyday language such as ‘we’re fucked’ – as we did when we dropped a banner from Westminster bridge in London a couple of weeks ago – and through very clearly stating the severity of the situation in talks across the UK. We do this in a way not really similar to other green groups. Some people tend to get embroiled in picking on details and thereby avoiding seeing the bigger picture of how fucked we are, while others totally get it and join us with passion and ferocity.

Social activism is performed on a spectrum which includes not only direct political lobbying, but also has strong need for performativity and the arts. What role does such a creative activism play in XR’s “creative revolution”?

We have had a great arts team working on producing the visual identity of XR as well as the colorful patches, flags and banners, and I think that this has definitely fostered a form of ‘togetherness.’ We have been doing both creative and symbolic stunts, such as the funeral procession through London, attempting to dig a grave outside Parliament and at the end delivering the decorated coffin at the gates of Buckingham palace. We appealed to the Queen to join us in rebellion against the government. Although our major aim is economic disruption, the arts and symbolism work in conjunction with that aim.

I think it has worked well, but we have a lot to improve since we had a big increase in publicity and a resulting increase in people eager to get started working with us. The structure has allowed rapid expansion and flexibility but we are definitely facing the challenge of adapting the organisation to a vastly bigger amount of people in a short space of time, while at the same time being busy carrying out mass civil disobedience actions.

XR has a policy to encourage arrests of its members, but there are many risks to such an approach – protesters can become burned out and lose interest in the whole endeavour when their own life becomes affected to such a degree. How do you, as organizers of the protests and sit-ins, try to mitigate the negative effects of arrest on people’s lives?

We do our best to look after people’s well-being, especially during civil disobedience actions through supporting them before, during and after arrest. We also encourage a phenomenological approach to it, meaning it is to some degree up to ourselves how we look at getting arrested and being held in custody and whether we decide to interpret that as something terrible or just ‘spending a day in a room getting food cooked for you.’ We also try to keep a certain detachment from the outcomes. Ultimately, we are doing this rebellion because it is the right thing to do in and of itself and not necessarily because we might have a plausible chance of winning. We do acknowledge though that people from different backgrounds get treated very differently by the legal system and see institutional racism as something very real. I’m an EU national having been arrested in the UK a number of times, and when the UK leaves the EU, getting arrested will mean an entirely different thing to me because of my immigration status.

The movement seems to be very inclusive and open to anyone who might have an interest in the climate crisis which our world is facing. What types of people have you been working with mostly during your time with XR?
The typical characteristic of environmental groups is usually seen as very white and middle-class, but I think XR is definitely moving beyond that at the moment. Various communities have been forming groups under the XR banner including groups for youth, elders, women, Muslims and black people. We also have a presence around the world and on all continents at the moment. We know we need the unity of a large amount of people who don’t usually agree on everything in order to make the rebellion succeed, and we are avoiding taking too many ideological positions in order to make space for such unity.

The interview on behalf of the Agosto Foundation was conducted by Vít Bohal. 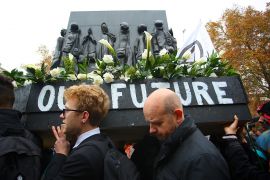 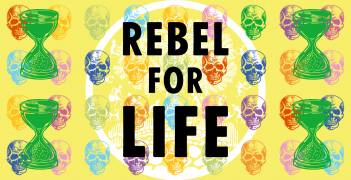 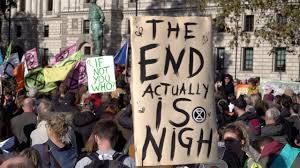 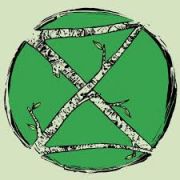