I wil walk through of the corridors, in the courtyard, in the prelature and around the monastery to record sounds.

Martin Janíček: sound artist, sculptor, musician and sound designer works in the field of exploration of acoustic qualities of various materials - new music instrument – builder. Most of his works feature an interactive quality in connection with a concentrated simple form, conceptually bound with a site-specific character of working. 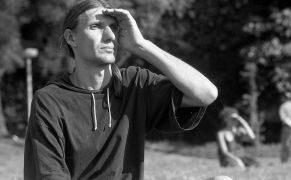