Bucharest based artists Anca Benera and Arnold Estefán work in a range of media spanning installation, drawing, video, and performance.
⁓
Simona Gottierová is a multimedia artist and was awarded the Startpoint Prize in 2018 for European students.

Having begun as a duo in 2011, Anca Benera and Arnold Estefán apply research-based methodologies to reveal the invisible patterns behind certain historical, social, and geopolitical narratives.

Benera and Estefán will present their past and current projects, including their most recent one, the extensive Debrisphere, an investigation into the phenomenon of man-made landscapes which are often the result of conflict and war. The artists have coined the term “debrisphere” to refer to this, heretofore unnamed, stratum of the Earth’s crust. They employ ostensibly “scientific tools” in order to imagine and map this new stratum, in which destruction, the making and marking of the landscape (as a form of spatial modification) go hand in hand with a heightened state violence and the overexploitation of resources.

A few words about the publication:

Territories shaped by conflict and war, new geographical configurations that need to justify state and military expansions, artificially created natures concealing destruction and trauma, these are the bones and stones of the Debrisphere, the stratum above the Lithosphere that artists Anca Benera and Arnold Estefan have sampled and analysed. Benera and Estefán play with the fine line where fiction and reality blur. It is a line similar to that of countries’ borders built as impenetrable walls and fences, or that between the desert and the forest, or the invisible maritime line separating the international from the colonising. This line is also the boundary where the Debrisphere occurs. (Raluca Voinea, excerpt)

Simona Gottierová studied at the Academy of Fine Arts and Design in Bratislava, where she finished her master studies in 2018 at the painting studio of Klaudia Kosziba. She creates environments for the body using various media, such as objects, drawings, texts, videos, sound recordings, and performance.

Gottierová’s work emphasizes the asking of questions about the body, the limits and possibilities of everyday perception, and experiencing ourselves in contact with the world around us. This search for a mutual position of the body within the substance of the world around us leads to the constant tension of maintaining certain dualities: the inside and outside of the body, the living and the inanimate, the here and there.

Gottierová will present her individual projects, as well as an ongoing collaborative project in which she participates. She will also present her work at Studio Prám, where she is working throughout this month.

The presentation will be in English and is organized in cooperation with Artmap.
Admission is free. 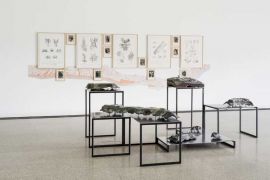 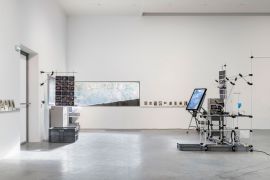 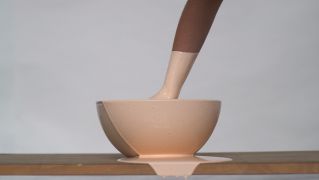 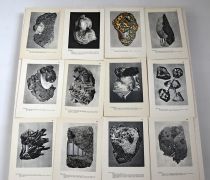