The great Kahn´s atlas contains also the maps of the promised lands visited in thought but not yet discovered or founded: New Atlantis, Utopia, the city of the Sun, Oceana, Tamoé, New Harmony, New Lanark, Icaria.
Kublai asked Marco: “You, who go about exploring and who see signs, cen tell me towards which of these futures tha favouring winds are driving us.”

“For those ports I could not draw a route on the map or set a date for the landing. At times all I need is a brief glimpse, an opening in the minds of an incongruous landscape, a glint of lights in the fog, the dialogue of two passersby meeting in the crowd, and I think that, setting out from there, I will put together, piece by piece, the instants separated by intervas, of signals one sends out, not knowing who receives them. If I tell you that the city toward which my journey tends is discontinuous in space and time, now scattered, now more condensed, you must not believe the search for it can stop. Perhaps while we speak, it is rising, scattered, within the confines oy your empire; you can hunt for it, but only in the way I have said.”
Already the Great Khan was leafing through his atlas, over the maps of the cities that menace in nightmare and maledictions: Enoch, Babylo, Yahooland, Butua, Brave New World.

He said: “It is all useless, if the last landing place can be the infernal city, and it is there that, in ever-narrowing circles, the current is drawing us.”
And Polo said: “ The inferno of the living is not something that will be; if there is one, it is what is already here, the inferno where we live every day, that we form by being together. There are two ways to escape suffering it. The first is Easy for many: accept the inferno and become such a part of it that you can no longer see it. The second is risky and demands constant viligance and apprehension: seek and learn to recognize who and what, in the mids of the inferno are not inferno, than make them endure, give them space.”

All the subjects I have dealt with this evening [...] are all under the sign of an Olympian god whom I particularly honor: Hermes- Mercury, god of communication and mediation, who under the name of Thoth was the inventor of writing and who — according to C. G. Jung in his studies on alchemical symbolism — in the guise of "spirit Mercury" also represents the principium individuationis (pp. 51-2). Six Memos for the Next Millennium

CRISTINA DEGLI ESPOSTI: THE ALCHEMICAL LANGUAGE OF ITALO CALVINO'S SIX MEMOS FOR THE NEXT MILLENNIUM AND INVISIBLE CITIES 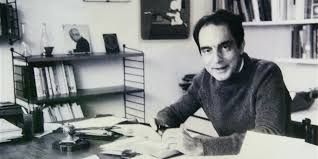