For the entire duration of the festival, the program of the experimental scene will be hosted in the Church of The Holy Spirit (Kostel sv. Ducha) in Smetanovy Sady. The pinnacle of the whole program will take place on Wednesday 25 and Friday 27 October, when the entire evening program, proudly supported by the Agosto Foundation, will be devoted to post-improvisation. These evenings will feature performances by Pátí na světě, Rie Nakajima and Pierre Berthet and Laurent Jeanneau’s project Kink Gong, among others.

On 24 October, Rie Nakajima and Pierre Berthet will also perform at the Colloredo-Mansfeld Palace in Prague as part of an event hosted by the Gallery of Prague and the Agosto Foundation.

Rie Nakajima and Pierre Berthet have been creating various ways to vibrate things to make their acoustic shadows dance around: invisible volumes of air that reshape constantly, move in space, enter into the most secret places and inside ourselves. A way to get closer to the inherent spirits of things is to listen to them. The performance is part of their Czech debut (Brno, Prague, Jihlava).

As part of his project Kink Gong, Laurent Jeanneau uses field recordings of ritual and traditional musical performances from Vietnam, Laos and China, but reworked into stand-alone experimental compositions which he accompanies with projection. Although he has previously collaborated with the Díra Gallery, this concert at Ji.hlava marks the Czech debut of this project.

Pátí na světě are a band for the return of song. Protagonist Ivan Palacký has, as part of his previous work, improvised with colleagues from Japan, Austria and Australia. The band’s debut, Uniori (released under the label Polí5), is a favorite for this year’s Czech album of the year. 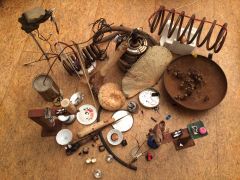 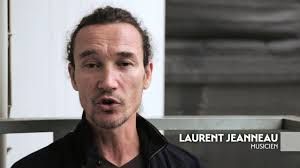