"Inside a room ABCD, where a spiral-shaped tube (cocleato) was put and moved in E or in the vertical conduit S, lies a statue having a moving mouth and eyes and breathing life through the entire mass of the body. This statue must be located in a given place, in order to allow the end section of the spiral-shaped tube to precisely correspond to the opening of the mouth. In this manner it will be perfect, and capable of clearly emitting any kind of sound: in fact the statue will be able to speak continuously, uttering in either a human or animal voice: it will laugh or sneer; it will seem to really cry or moan; sometimes with great astonishment it will strongly blow. If the opening of the spiral-shaped tube is located in correspondence to an open public space, all human words pronounced, focused in the conduit, would be replayed through the mouth of the statue: if it is a dog’s bark, the statue will bark, if someone sings, the statue will answer with singing and so on. If the wind blows, this will be taken into the spiral-shaped tube and the statue will be forced to emit very strong breaths. Applying the breath to a pipe, it will play. Bringing a trumpet near to the mouth of the statue, the musical instrument will play and it will make innumerable fun effects of this kind, provided that the spiral-shaped tube is disposed with the greatest of attention."

The very first primitive version of the ear trumpet has been existenting since the beginning of mankind: the simple act of cupping your hand to your ear. Whereas later hearing aid technologies would use resonance to increase the sound energy itself, this is conceptually the same technology that ear trumpets use to amplify sound. The hand cupped over the ear can amplify sound 5-10 decibels, an ear trumpet is able to amplify it 15-20 decibels.

In his Magia Naturalis, Gianbattista della Porta calls his trumpet a trunk and describes it as a "pipe" fashioned ideally out of lead. However, Porta does not describe a conic quality to his trunk which would be crucial to the effectiveness of a ear trumpet. Additionally, Porta reveals some misconceptions he has about sound, in that he thinks he would be able to capture it in the pipe until a later date. This leads me to beleive that Porta, who compiled much of his Magia Naturalis, didn't in fact own or have access to an actual instrument.

Athansius Kircher described in Phonurgia Nova the Dome of Dionysius. The Dome of Dionysius was an ancient prison in which ear trumpet technology manifested itself architectually. The conversations of prisoners who were held in chambers below could be eavesdropped and escape plans and other information could be attained by prison guards (Bennion). This implementation of the technology is unique because of its intended use, spying, which vastly differs from prior uses. Remediations of this tradition of spying could be found in telephone tapping. Another key element is the fact that the sound is alienated from its source. In prior examples, calling in huntsmen or subsequent examples of hearing aids, this alienation doesn't exist. It is perhaps a factor that readies the world for completely alienated communication, like telephones.

Kircher also described trumpets which were spiral in shape. Due to his misconception that sound, like light, traveled in straight rays, he thought that this design would help the sound reflect into the ear.

Also, Francis Bacon describes the spaces for manipulating sound in his utopian work New Atlantis (1626),  where a traveller, lost at sea, happens upon a society living on the mythical island of Bensalem, as “sound-houses.” The “sound-houses” represent the acoustic branch of Bensalem’s state-sponsored research program, which seeks both to produce knowledge of how nature works, and to translate that knowledge into real-world applications for human benefit. In the following passage, the director of Bensalem’s scientific endeavors explains to his foreign guest: "We have also sound-houses, where we practice and demonstrate all sounds and their generation. We have harmonies which you have not, of quarter-sounds and lesser slides of sounds. Divers instruments of music likewise to you unknown, some sweeter than any you have, together with bells and rings that are dainty and sweet. We represent small sounds as great and deep, likewise great sounds extenuate and sharp; we make divers tremblings and warblings of sounds, which in their original are entire. We represent and imitate all articulate sounds and letters, and the voices and notes of beasts and birds. We have certain helps which set to the ear do further the hearing greatly. We also have divers strange and artificial echoes, reflecting the voice many times, and as it were tossing it, and some that give back the voice louder than it came, some shriller and some deeper; yea, some rendering the voice differing in the letters or articulate sound from that they receive. We have also means to convey sounds in trunks and pipes, in strange lines and distances."

Peter van der Ent is a Dutch sculptor, since the early 90s living in Oslo, Norway. He graduated from the Rietveld Academy in Amsterdam in the studio of Herman Makking. Peter participated in the first symposium in Plasy in 1992. At Growthrings, he reconstructed (together with and by request of M. Vojtěchovský) the model of the acoustic instrument described in Athanasius Kircher's book Musurgia. It is a variation on one of the acoustic devices - Ellipsis Otica - which should make the sonic discourse of two participants easier. This unique tele-communication design served also as a logo and pictogram for the Hermit Foundation.

Seth Cluet, Acoustic Projection and the Politics of Sound 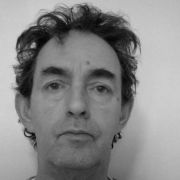 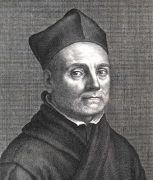