Richard Jung: Experience and Action (What is reality?)

In my thinking about experience and action, I have tried to distinguish between things and systems. It seemed to me that not only for the representation of humans and other social things, but in general, a double interpretation as objects and subjects is not only possible but, in the present state of our knowledge, if not necessary, then at least advantageous. The interpretation can be further performed under various metaphors, a quaternion of which seemed to offer itself. Under the metaphor ‘mind’ I constructed scaffolding for a theory of action. I visualize anabolic selves and their worlds in autopoietic and symbiotic develop-ment as swaths of meaning in meaninglessness.
Occasionally fragments of the picture I made for myself got published; other segments are ‘in progress’ or in detailed outline and can be downloaded from my web site.

from Richard Jung: "Thinking about Experience and Action", University of Alberta and Center for Systems Research

Richard Jung was born on 19 June 1926 in Čáslav, into the mixed Czech-Jewish family of Ladislav Jung, a patriot and veteran Czechoslovak legionary. He grew up in Kutná Hora, the home town of her Jewish mother of the Korec family. The witness attended a German grammar school in Jihlava, but he returned to Kutná Hora in 1938. In 1940 the Gestapo arrested his father for the first time for being a member of Defence of the Nation, a resistance group. In June 1941, a mere fifteen years old, Richard established the Czechoslovak Youth Resistance, and he was active in the movement until 1944, when his half-Jewish origin caused him to be deported to the concentration camp in Postoloprty together with his father. From there the Gestapo took him to the Small Fortress in Terezín under suspicion of resistance activity. Richard Jung kept silent about his activities throughout the brutal interrogations he underwent, and he and his father both survived in Terezín until its liberation in May 1945. After the war he studied abroad. In 1948 he managed to legally travel to Finland, and from there he fled to Norway. He studied political science and sociology and worked as a university assistant. Following a 1953 workshop in Salzburg organised by the Americans, he received several scholarship offers from prestigious American research institutes. In 1954 he emigrated to the United States of America. He worked at Vassar College and then at Columbia University, where he continued his studies of sociology. He studied social and clinical psychology and social anthropology at Harvard. After completing his postgraduate degree, Richard Jung worked at several academic institutions, the most significant of which was the University of Alberta in Edmonton, Canada, where he was tenured as Professor of Sociology and Theoretical Psychology for two decades; he was also the director of the Centre for Systematic Research.

After the Velvet Revolution he returned to Czechoslovakia and settled down in the family house in Kutná Hora. He remained publicly active, gave lectures, and published articles until a very high age.

Rites of Passage: An Informal Gathering on Performativity
Residences and Events 1998: Center for Metamedia

Bernard Scott:Richard Jung and the Cybernetic Phenomenology of the Self: Review of Experience and Action 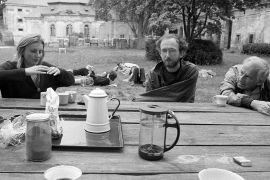 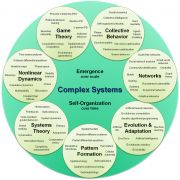 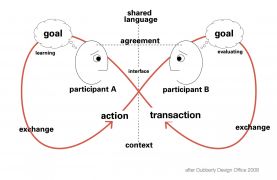