"Article three. Does an angel know by discursive thinking?
1. It seems that an angel knows by discursive thinking: for all means is that one thing is known by way of another; which is how angels know, if they know creatures of the word
2. Again, whatever a lesser power can do, a greater can do; and the human mind reasons syllogistically and knows causes through effects; which is to know discursively. All the more so for the angelic mind.
3. Again, Isidore says that devils know many things by experience. But this kind of knowledge is discursive; for experience is the product of remembering, and then, from a number of experiences, we form universal ideas, following Aristotle. So an angel´s knowledge is discursive."

St. Thomas Aquinas, Summa Theologiae, Vol. 9, Question 58.
"I was working around the length of the upper corridor, on the wall that faces the windows and the courtyard. I followed the path of the sun, as it circles the building and I used the time-table of the celestial hierarches which, like any work rota, gives the names of those angels, and the time they are on duty during day."

Sharon Kivland (born 1955 in Germany) is a visual artist, an American citizen who works in London and France. She  was editor in chief of Transmission: Speaking and Listening (Site Gallery, Sheffield – 5 volumes). She was co-editor of The Rules of Engagement (Artwords, London – 14 volumes), and guest-editor, with Jaspar Joseph-Lester, of ‘Art and Text’ theory section, www. art-omma.org. She is editor of Transmission Annual, whose pilot issue on hospitality was published to coincide with a major conference at Sheffield Hallam University, co-convened by Kivland in 2010. The 2011 issue was on the theme of provocation; in 2012, on catastrophe; and in 2013, on labour, work, and action, in collaboration with Art Sheffield 2013, for which Kivland served on the advisory board.
She has been working on a series of books on the holidays of Sigmund Freud, the first of which, Freud Dreams of Rome was published by Information as Material in 2006; the second, A Disturbance of Memory, was published by Cube Art Editions and Information as Material in 2007; Volume three of Freud on Holiday was published in autumn 2011, with two appendices – on Freud’s dining and weather, and two further appendices in 2012, on Freud’s hotels and Freud’s shopping. Volume IV, A Cavernous Defile. Part I was published in December 2013 by Cube Art Editions, and will be translated into Italian in 2014. She is also working on a second series of occasional books, derived often from conference papers, of which the latest, co-authored with Forbes Morlock, Freud and the Gift of Flowers, was published by Information as Material in 2009. A series on the instances of railway-related material in the life and work of Sigmund Freud, entitled Reisen, is also published by Information as Material.
She was Visiting Fellow in the Institute of Germanic and Romance Studies (now the Institute of Modern Languages), University of London, from 2006 to 2011, where she convened a conference strand of ‘Freud in Translation, Freud in Transition.’ In 2006, there followed a series of five seminars, and she co-convened the conference ‘Vicissitudes. Histories and Destinies of Psychoanalysis’ in 2008 with Naomi Segal. A book, entitled Vicissitudes. Histories and Destinies of Psychoanalysis, following the conference was published in 2013, edited by Kivland and Segal.
In addition to exhibitions and projects below, her work has been shown at many art fairs in Athens, Lisbon, Berlin, Cologne, Brussels, Miami, Rotterdam, Turin, Paris, Rome, and Vienna. Her work is represented by domoBaal, London,Galerie Bugdahn & Kaimer, Düsseldorf, Galerie des petits carreaux, Paris, and Johan Deumens gallery, Amsterdam. The FRAC Bretagne recently acquired works for its collection, as did Penguin Books. At Senate House Library, University of London, she curated Reading as Art. Turning the Pages of Victorian Psychology, in October 2013, which imagined a wind, like the figure of the reader, blowing through the library, and devised another event with Sami Jalili and the journal E.R.O.S on the move from spoken to silent reading in April 2014.
Kivland is an editor for Artwords Press, with Ben Hillwood-Harris. Recent books published by this imprint include Scraps from the Bottom of my Pocket, by Vincent Dachy, with an introduction by Paul Buck; a monograph on the photographic work of David Bate, entitled ZONE; and Mutual Dependencies, edited by Kate Meynell. Recently published is an illustrated thriller by Russian artist Pavel Pepperstein. She is a commissioning editor for E.R.O.S., the journal of Eros Press. It is published biannually, and dedicated to the subject of desire. It covers a wide range of fields, drawing together often disparate disciplines under the auspices of each issue's theme.
Master's: History of art, Goldsmiths College, University of London, 1995
Doctorate: University of Reading, History of Art Department, 2002
Research Associate of the Centre for Freudian Analysis and Research, London
Reader in Fine Art, School of Cultural Studies, Sheffield Hallam University, England
Tutor in Critical Practice, MA and MA Drawing, Wimbledon College of Art, University of the Arts, London, 2011 to 2013 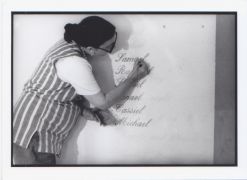 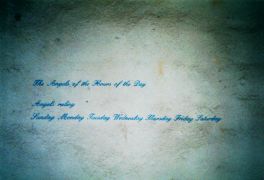 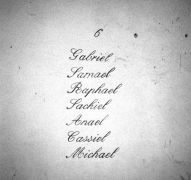