The Choreography of Perception

A performative lecture drawing on ideas of located sound and the role of architecture.

For some decades now my work has involved the exploration of sound in relation to architecture (both physical and psychological) and ‘place’, often involving the use of extended techniques to reveal sounds above and below our range of hearing, or to refocus attention on our own complicity in the construction of perceptional borders.

Part of this ongoing research is the need to constantly reassess my own approach and the role of listening in our daily lives. Am I hearing what I am hearing, or only what I believe I can hear? How do those of us who work with located sound allow an audience access to the experience of place or situation, rather than merely use technology to reveal the material?

These questions, along with many others around the role of sound, acoustics and place, have never been more relevant. The technologies of listening have a growing impact on all areas of our connection to and separation from our locales and the wider environment. Further, sound and sound art is becoming weighted by a reliance on hierarchies of influence – but the listening itself, as an elemental sense, responds through any number of factors way in excess of those that seek to formalise an art practice.

The performative talk The choreography of perception draws upon recent projects and research, and will question how we impose ideas onto our sense of place and the possibilities for individual and social influence.

As I listen, through the decades, duration plays a key role – duration and a constant process of intuition and eventual questioning of process. Most recently two projects have provided me with personal sheerly sonic, creative pleasure and an intense experience of the role of failure in how we perceive our surroundings and form theories that continue to separate us from locales. Design and detail of the spaces between buildings – the relationship between civic architecture and domestic spaces ‘salts’ capturing the resonance of buildings, sounded by ensembles playing composed scores, which are then recorded using extended techniques.

The choreography of perception describes the mapping of the space between personal process and the external, unpredictable, expansive role of situation and physical space.

Jez riley French’s work includes pieces capturing the sound of the dolomites dissolving, ants consuming fallen fruit, the Tate Modern building vibrating, the infrasound of domestic spaces around the world, glaciers melting in Iceland and the tonal resonances of natural and human objects in the landscape. Recent projects and research include “design and detail of the spaces between buildings” in Japan and “salts”. He has captured the resonance of buildings, sounded by ensembles playing composed scores, which are then recorded, using extended techniques, including aspects of performance, using the space, acoustics and materials gathered from the site. French makes use of intuitive composition, field recording, improvisation and photography, and has been exploring his enjoyment of and interest in detail, simplicity and his emotional response to places and situations for over 3 decades. Alongside performances, exhibitions and installations, French lectures and runs workshops around the world and his range of specialist microphones are widely used by recordists, sound artists, musicians, sound designers and cultural organisations. He also works as a curator of live events, a record label, sound installations and an arts zine Verdure engraved. In recent years French has been working extensively on long-form recordings of surfaces, spaces and situations and developing the concept of photographic scores and “scores for listening,” which have featured widely in publications and exhibitions. 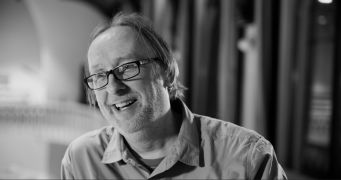