Tomáš Ondrůšek (b. Ústí nad Labem) is a musican and organizer. He lived in Germany 1968 – 1992 and currently lives between Uganda and Trstěnice in the Czech Republic. He studied percussion at the academies in Nurnberg and Stuttgart and performed as a soloist in the renowned Percussion Ensemble Stuttgart. He has appeared in concerts throughout Europe, and his awards include the Studienstiftung des Deutschen Volkes. He has also performed solo recitals in Prague, Moscow, Nurnberg, St. Petersburg, Brno and elsewhere.

Ondrůšek was a member of the ensemble AGON. His workshop subjects include: notation, the analysis of works by famous composers (Xenakis, Lachenmann and others), the development and construction of sticks and mallets, and the organizing festivals and workshops in his house in Trstenice.

Limbo I - Festival: Festival of Un-conventional Art
Euroasian Art Ensemble: Concert at the Prelature
Residences and Events 1998: Center for Metamedia 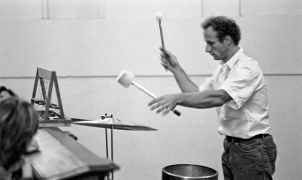 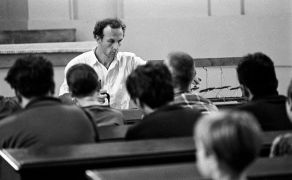 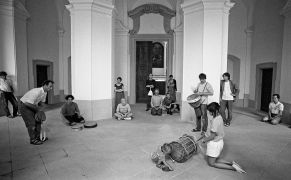