"As we sat by the fire I was asked if I had ever talked to my reflection in the water, or ever touched it. I was told to try it sometime, and given instructions on how to do it. Stand at the edge of the water, I was told, and look at your reflection. Who is it? It looks like you, but its head is down there, looking up at the other you. Is it thinking the same thing, wondering who you are? Then put out your foot, over the water, and gently lower it. The other foot will come up to meet yours, and if you are very careful (not to break the surface of the water), you will see the other foot touch yours. You are getting to know your other self. Then as you lower your foot further into the water the other foot comes up, passes through your foot, and disappears into your leg. The deeper you go into the water the more of your other self enters into you. Just before you go right down into that other world, look down, and see yourself down there, all but your head.
Only your other self´s head is there. And then look upwards as you go right under the surface, and you see nothing. Your other self has passed into the world you left behind, taking your place. Now walk across the bottom of the river, and slowly come out on the far side. If you look up from under the water you will see nobody, just the forest. But as you emerge into that world something will leave you, passing through your body down into the water. Now who is the real self, and which is the real world?"
As told by Kengā, a member of The Mbuti Tribe (Africa), Colin Turnball, from the book The Forest World.

Trudi Van Der Elsen (born 1956 in Meyel, Netherlands) graduated from Gerrit Rietveld Academie with an MA in Fine Arts. Elsen’s art practice involves painting, drawing, installation work, live art, photo and video work. Inspired by geology and archeology, her work engages with the human relationship to landscape. Using the human body as a marker and as a resonator she connects and reminds herself of her relationship to the land. She questions the division of nature and culture and is concerned with the alienation of place and time. Trudi is based in County Clare, Ireland, and exhibits her work internationally. In 2014, she received a Bursary from Clare County Council for a two week residency in the Tyrone Guthrie Centre in Annaghmakkerig. In 2015, she participated in a residency with GUAC in Aras Eanna, Inis Oirr and in the exhibition 'Dwellling in Time' in the Red Couch Space, Ennistymon. From 2009 -2016, she was the curator / co-ordinator of the Courthouse Gallery in Ennistymon, Co. Clare, Ireland.
Supported by Het Mondrians Fonds, The Netherlands 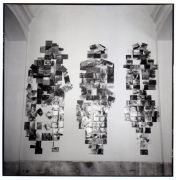 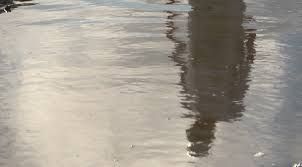