Barbara Benish is a visual artist of Czech origin born 1958 in southern California. She lives on a farm called Červený Mlýn (The Red Mill). In 1993 she completed a year-long scholarship study visit with the Fulbright Programme and decided to remain in the Czech Republic. In her works, focused on installations combining paintings, drawings, photographs, videos and various objects, she elaborates topics addressing mainly relationships between nature and culture, the correlations between historical facts and mythological structures, as well as the mutual impact of memories and experiences. Her studies of ethnology and her review of the philosophy of deconstructions directed her, in her early works, to researching movements that symbolic structures go through in various cultures. Here works, partially inspired by the approach of post-modern athropology, creates a new poetic reality via confronting pluralist interpretations and thematisations of the history of local societies in the context of (their) cultural integration. In her studies she addressed Indian cultures in her native southern California, in Polynesia, and in Mexico. Through these studies she was able to return back to the folk traditions of both Bohemia and Moravia. From the beginning he work includes an inseparably present auto-reflex on her own position as female artist (for example, shape and symbolic motifs based on the female body) and later on her own cultural „differentness“ as an emigré in the land of her forefathers.
The repeat motif of parachutes-flowers, offering a rise to other realities, symbolically expresses a desire to understand differing cultures based on non-language, poetic communication. Already at her first exhibit at the University of Hawaii (1982) she confronted her own oil paintings against the patters of colourful designs printed on Hawaiian textiles (tapas) and thus explored relationships between domestic-made design and her own iconography. At an exhibit in Los Angeles (1989) she showed off her paintings contrasted against standard objects for everyday use brought from Czechoslovakia. References to hermetic and alchemistic motifs from the Courts of Rudolf II completed the exhibit. Recently she has focused primarily on thematising local histories: for example, the stories from an old resident of Červený mlýn. She believes in the necessity of identifying with a given environement and its atmosphere, its form and its memory. On this basis it is afterwards possible to „deconstruct“ how history is typically understood and its metamorphosis with the help of hidden images in the memory of the individual. He works come from a conceptual approach that is ruptured by concrete inspirations – environments, stories or inclinations of individual objects (she often uses materials with striking physical characteristics such as natural materials, plants, water, ice, feathers, resins, textiles, etc.). She thus understands cultural symbolism to be an open structure, a reservoir of themes and motifs for free manipulation. She also repeatedly re-contextualises her topics in various contexts. In her installations she researches the mutual and fluid relationship between diverse objects in space. This gives them the form of mobile hybrid structures, open to not-so-clear interpretations. One of her favourite themes includes the motif of the bride in the closed off garden, which she understands as a reference to the artist’s contemplative and lonely life. She draws inspiration both from folklore, folk art or the art of natural (tribal) nations as well as from the kitsch of contemporary pop culture and Western art history (mainly from the works of Albrecht Dürer and Franciso Goya. She also returns to studies of the apocalypse, while interpreting Christian iconography in its relations to gnostic teachings, alchemy, and anthropology. She also reads, for example, Faustian myths, in a similarly subversive way.

Carolanne Patterson has been teaching in the Art Department at New York University, as well as Parson's School of Design, in NYC. She holds a Master's of Fine Arts and a Bachelors of Fine Arts, both in the area of metalsmithing. She also has a Bachelor of Fine Arts in Art History. She has exhibited her work in the US and Europe, and continues to show her sculpture, drawings, and jewelery. She was a Fulbright Fellow to Prague in 1993-4.  Carolanne is the U.S. based Director of Study Abroad Programs at ArtMill, leading the University-level Bohemian Workshops.

Open Day: Ice Celebration: Exhibition by the Residents and Festival
Residences and Events 1998: Center for Metamedia 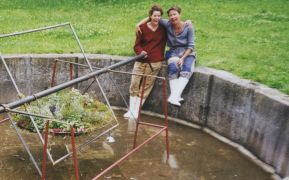 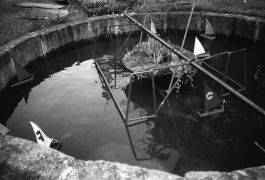 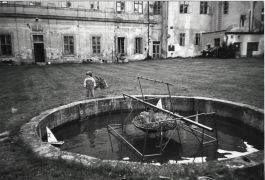 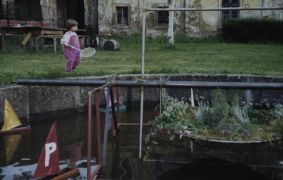 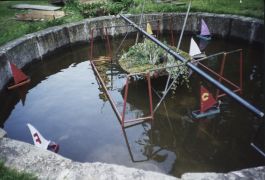 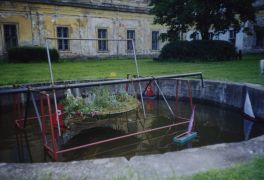