Exhibition by the Residents and Festival
17 July – 2 August, 1998
Plasy Monastery

A public event organized in the framework of the residency of the Serbian art collective LED ART (ICE ART).

In the extraordinary socio-political turmoil that shoved Yugoslavia into a war and complete international isolation during the 1990s, activity in culture and the arts was one of possible ways to survive and not be drowned in cataclysmic reality. Under those circumstances, in the year 1993 painter N. Dzafo has found LED ART (ICE ART) group. All the realized projects of LED ART (including the ones only sketched) bear the epithet of engaged art that intensely resisted the regime of Slobodan Milosevic. LED ART has gathered more than 300 individuals in close to fifty projects during the ten-year activity period: artists, sociologists, art historians, journalists, scientists. Thus, the group is the mirror of the arts and the society of millenium’s last decade.

Ledni Slavnost included works by the artists in residence and guests of June and July, 1998. 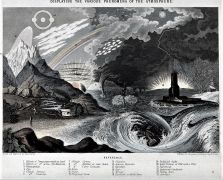