City of the Sun

Chiatura is a city in Western Georgia. There was a time when it was responsible for supplying 50% of the world’s manganese and, at its peak, the mine employed up to 10,000 workers. Today, with drastically reduced manganese production, dangerous working conditions and little prospect for any improvement, it is well on its way to becoming a ghost town. The city was founded by Georgian poets and aristocrats in the 19th century but was turned into a center of industry by the Soviet regime. For the Soviets, it was the embodiment of a bright, utopian future. American billionaire Harriman made huge investments and lived there; theaters, universities, concert halls, stadiums and parks were built, along with the first and largest public aerial cable-car transportation system in the world. Chiatura was a human and technological experiment on a grand scale that ultimately failed.

The lives, dreams and destinies of extraordinary characters unfold amidst the ruins of a semi-abandoned mining town. A music teacher works at demolition in the city to build a new life for himself and his family; a miner-turned-actor lives in limbo, unable to make a decision between his passion (theater) and money (working at the mines); and two malnourished champion athletes have to keep running just to survive.

Rati Oneli was born in Tbilisi, Georgia. He lived in New York from 1999 to 2014 when he returned to Georgia to make the documentary film City of the Sun. He specialized in Middle East Studies, as well as International Affairs both at the Free University of Tbilisi and Columbia University in New York. He currently pursues a Ph.D. in Philosophy at the European Graduate School. In 2014, he produced and co-edited Invisible Spaces, a short film that premiered at the Cannes International Film Festival and was nominated for the Palme d’Or. In 2016 his following production, Lethe, premiered at the Director’s Fortnight at the Cannes International Film Festival. City of the Sun is Oneli’s first feature-length documentary. 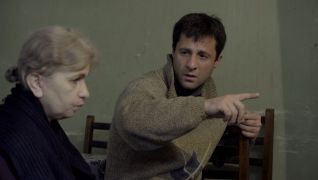 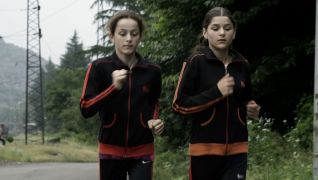 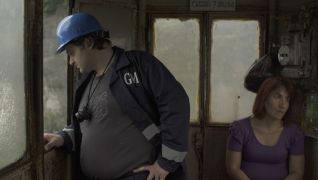 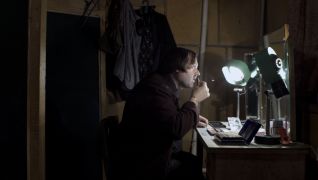 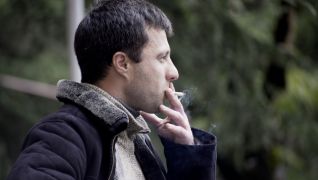